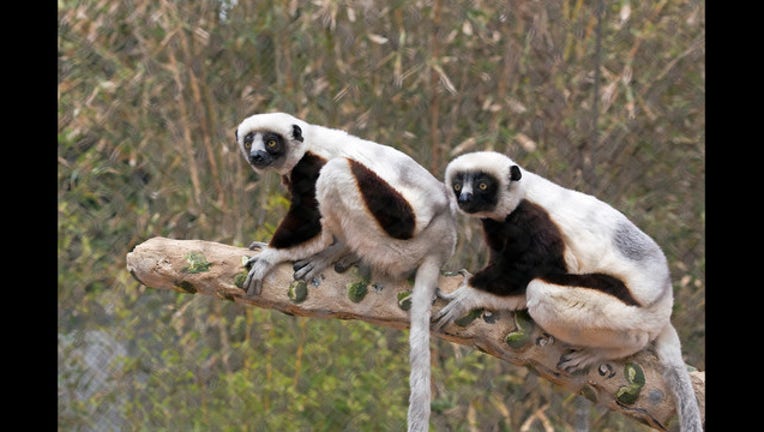 SAN FRANCISCO (KTVU) - The San Francisco Zoo is celebrating some new residents: Two new lemurs are a part of a new exhibit featuring the endangered mammals.

The endangered sifakas are found only on the island of Madagascar.

“The sifakas are playful, inquisitive and energetic," said San Francisco Zoo & Gardens President Tanya M. Peterson. "We hope people enjoy observing and connecting with them and become interested in their conservation story."

Zoo officials said the animals are distinguished by their unique movement, which includes leaping and jumping great distances between trees and skipping slightly sideways on the ground.

The two new lemurs are part of a new exhibit that features work from local artist Yaël Bendavid.

The zoo said Bendavid worked directly with its staff to create an aesthetically appealing environment which is also optimally functional for the animals.

The new exhibit is an extension of the facility's existing Lipman Family Lemur Forest.

Zoo officials said the 1.5 acre forest is the largest lemur habitat in the country, with seven different species and 19 total lemurs.

The sifaka exhibit is one of two new exhibits that recently opened at San Francisco Zoo.