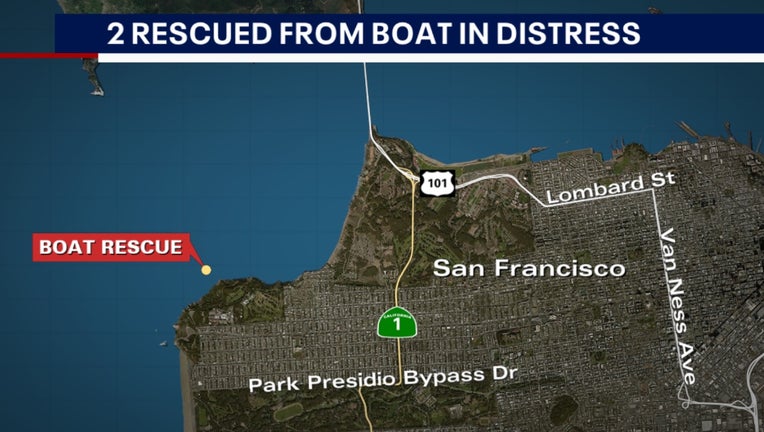 SAN FRANCISCO - The San Francisco Fire Department and the United States Coast Guard on Saturday responded to a boat in distress in the area of Mile Rock Beach in San Francisco.

Firefighters said two adults were rescued and taken to a local hospital in stable condition.

The incident was first reported by the San Francisco Fire Department at around 11 p.m. on Saturday.

Information on the boat involved and the factors that led to the incident were not immediately available.