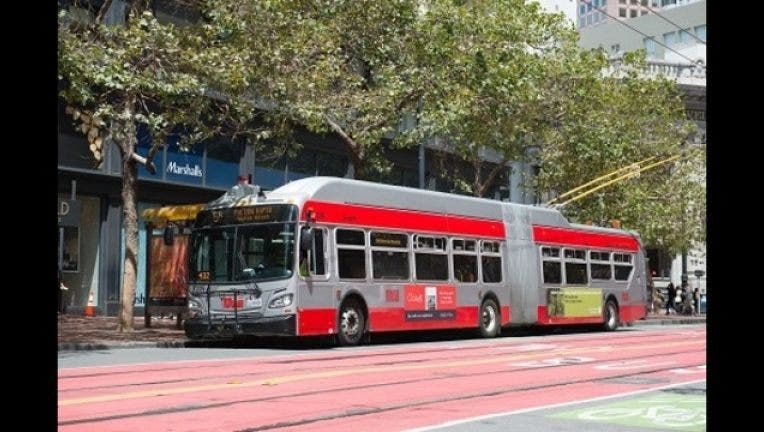 SAN FRANCISCO - The San Francisco Municipal Transportation Agency may have to lay off nearly a quarter of its staff to shore up its projected budget deficit during the next fiscal year if the agency doesn't receive federal relief funding, agency officials said this week.

The SFMTA is currently on pace for a $68 million deficit by the end of the 2020-2021 fiscal year, with revenue down 12.7 percent since the fiscal year began July 1 as San Francisco residents avoid public transit during the coronavirus pandemic.

The agency has also exhausted many of its one-time tools to save money such as implementing a hiring freeze, reducing overtime and utilizing federal funding from the Coronavirus Aid, Relief and Economic Security Act.

Even so, SFMTA Senior Budget Manager Jonathan Rewers told the agency's Board of Directors Tuesday, the agency's actual and projected revenue losses are so great that reductions in service and layoffs are fully on the table as a method of cutting expenditures.

The SFMTA's current revenue projections for fiscal year 2022 show a net deficit of $168 million, even when accounting for financial savings like continuing the agency's hiring freeze.

Without more federal funding, according to Rewers, the agency would need to layoff between 989 and 1,226 full-time employees - equivalent to 18 percent to 22 percent of its staff - to make up the projected deficit. While the board did not take action Tuesday to remedy the projected deficits, its members did discuss potential furloughs in lieu of layoffs as a possible tool to help reduce revenue.

Board Director Steve Heminger suggested furloughs would fit the temporary nature of the pandemic and prevent the agency from having to hire hundreds of new employees when ridership begins to increase back to pre-pandemic levels.

"We've got a temporary drop in demand," Heminger said. "It's not going to be brief, but it's going to be temporary and I think we're going to get most of our riders back after the vaccine is widely available."

Jeffrey Tumlin, the SFMTA's director of transportation, lamented that the agency was in such dire financial straits in the first place, arguing that layoffs and service reductions would adversely affect not only the agency's employees, but the city's essential workers as well.

"I am completely outraged that in this country, in a wealthy city in a wealthy state, that we are backed into a corner to consider laying off the very workers who have shown up every day on the front line in order to get essential workers to work," Tumlin said.

During her Tuesday briefing on the pandemic, San Francisco Mayor London Breed said that transportation funding should be a priority in a future federal relief funding bill both to protect workers and bolster the city's economy.

"We are facing a gutting of a basic city service that our residents rely on and that our economy needs to recover," she said.