SAN FRANCISCO - San Francisco Police Chief Bill Scott on Thursday announced an arrest in connection to the attack and robbery of an elderly Chinese man collecting recyclables in the Bayview that was captured on viral video.

The suspect, Dewayne Grayson, 20, was charged with suspicion of robbery, hate crime, and elder abuse. Officers believe he was the one who recorded the incident. Investigators continue to search for a second suspect tied to the assault. 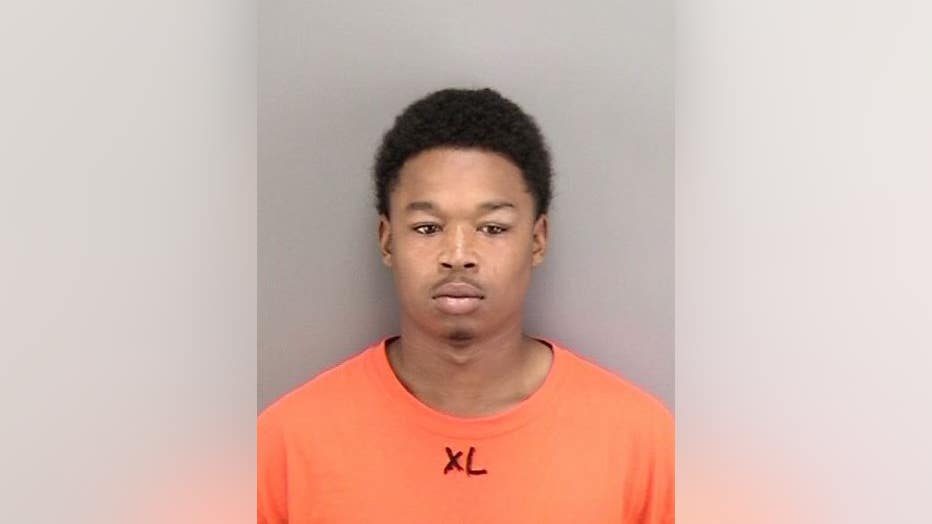 20-year-old Dewayne Grayson was arrested by San Francisco police in the attack and robbery of an elderly man in the Bayview.

On Wednesday, authorities said they identified the victim in the video widely shared online that showed him being beaten and robbed of his recycled goods.

Officers thanked the community for its support in helping find the man.

The victim was collecting items Monday on Oceola Lane when he was attacked for no apparent reason. Suspects are seen on video stealing from the man, and one of them appears to try and strike the victim with a weapon.

The attack in the Bayview district was caught on video, which quickly went viral.

As onlookers film and taunt the victim, someone in the background can be heard saying, "I hate Asians."

The police department was also made aware of a second video circulating online that shows part of the incident.

Two men in uniforms can be seen telling the victim to leave the area as someone hauls off his loaded cart of recyclables.

Authorities said the two men in the video wearing uniforms are not San Francisco police officers. They are private security guards employed by a company that patrols Housing Authority properties.

Marin County is poised to approve its latest cannabis delivery service against the wishes of one of its biggest school districts.