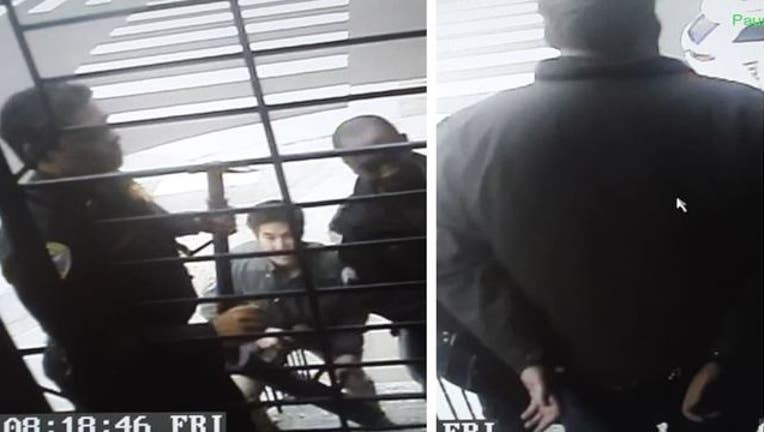 SAN FRANCISCO (BCN) - Police seeking to monitor the phone of a freelance journalist failed to explicitly inform a San Francisco judge about his occupation before she signed a search warrant earlier this year, according to court documents unsealed Tuesday.

The March 1 warrant to obtain the phone records of journalist Bryan Carmody were made public after Superior Court Judge Rochelle East ruled Thursday to quash and unseal the warrant.

Carmody's attorneys and the officials with the First Amendment Coalition, a free speech organization, have maintained that the search warrant violated the state's Shield Act, which prohibits law enforcement from forcing journalists to hand over unpublished material or reveal confidential sources.

The warrant unsealed Tuesday is the first of multiple search warrants police sought against Carmody as they investigated a stolen police report regarding the Feb. 22 death of Public Defender Jeff Adachi, which was offered to news outlets hours after his death.

In the unsealed warrant, Officer Joseph Obidi described Carmody as a "Freelance Videographer/Communications Manager," adding, "Bryan Carmody is not currently employed by any of the news organizations that obtained the death investigation report."

Obidi concluded that an unknown San Francisco Police Department officer released the report to Carmody for financial gain and as a way to defame Adachi. Carmody then sold the report to three local news outlets.

"The police department knew that Carmody has a press pass, and they knew he was a journalist -- but failed to tell Judge East that fact," David Snyder, the FAC's executive director, said in a statement.

"The more we learn about the police department's extreme overreach here, the more the city's violation of California and federal law become obvious," Snyder said. "There must be accountability at the highest levels of San Francisco government, for this trampling on journalists' rights."

Police used the March 1 warrant to apparently monitor Carmody's phone calls and messages well before the May 10 police raid at his home and the office of his media business, North Bay Television News.

Carmody has said that during the raid, officers handcuffed him for nearly six hours as they seized several laptops and cameras, among other items, and tried to get him to reveal his source.

Police Chief William Scott initially maintained the search warrants were conducted legally as officers were investigating Carmody as a possible co-conspirator in the report's theft.

However, weeks after the raid, Scott admitted he was "concerned" that police investigators may have failed to properly inform the judges that Carmody was a journalist before they signed the warrants.

Scott said an outside agency would be taking over the Police Department's criminal investigation into the leaked police report.

Carmody's attorneys have filed more motions to unseal and quash other search warrants issued against Carmody by police. Hearings for those motions have been scheduled for this week.