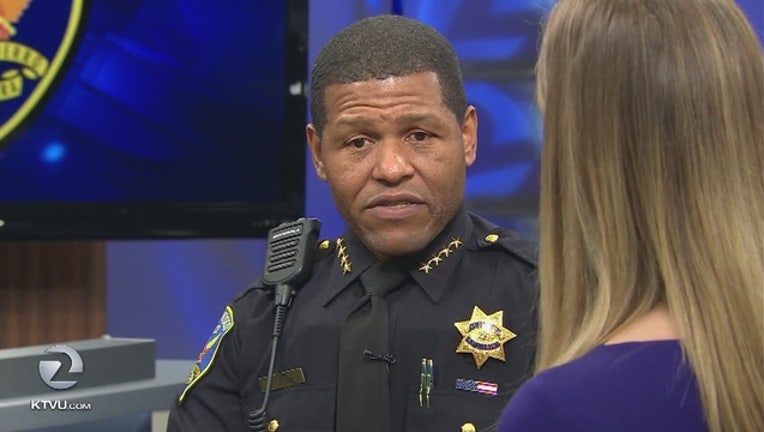 The meeting, hosted by Wealth and Disparities in the Black Community - Justice 4 Mario Woods, is scheduled from 6 p.m. to 8 p.m. at 1395 Mendell St., near the corner of Third Street and Oakdale Avenue.

Bill Hing, a new member of the San Francisco Police Commission, has confirmed that he will be in attendance, according to organizers. Gwen Woods, the mother of Mario Woods who was fatally shot by police in December 2015, will also be there as well as attorneys from the law offices of John Burris.

Burris said the community is looking for commitments to the department's new use of force policy, crisis intervention tactics and adequate staffing in the Bayview District.

"We're looking for a real commitment to get police officers in the Bayview community to have some appreciation for the people there and treat them in an honorable way," Burris said.

"We want the officers to treat the people in the community respectfully, and we don't want any racial profiling to take place," he said.

"There are many decent people in the community who are being profiled."

Burris said organizers are also opposed to the use of the "carotid hold," in which an officer restrains a suspect by using their arms to squeeze the side of a suspect's neck, constricting blood flow.

"I've had experiences where the carotid hold has been inappropriately used," Burris said. "Because of the very nature of the struggle, it often can result in people being choked."

"One should not be putting their arms around the necks of people because of the danger of crushing their trachea," he said.

Police spokesman Sgt. Michael Andraychak said in a statement this afternoon that "the Chief looks forward to having a productive dialogue this evening about the community's concerns."

"Since joining the Department in late January, the chief has met with numerous Bayview community members and stake holders and will continue to do so," Andraychak said.

Scott was appointed by Mayor Ed Lee in December and was sworn in a month later as the city's new police chief after the resignation last May of former Chief Greg Suhr amid multiple fatal police shootings and scandals involving racist and homophobic text messages sent within the department.

Scott was a deputy chief for the Los Angeles Police Department prior to taking over as San Francisco's top cop.