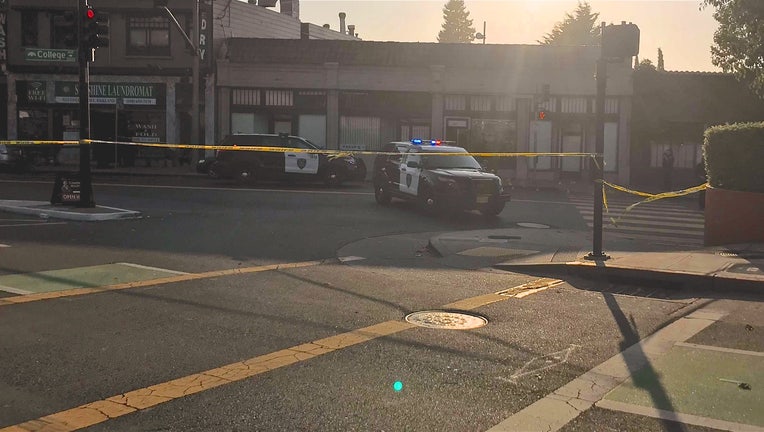 OAKLAND, Calif. - A shooting at an Oakland barber shop Saturday has left two people wounded as police continue their investigation into the evening searching for answers as well as the shooting suspect, according to an Oakland police spokesperson.

Public Information Officer Johnna Watson said officers responded to reports of a shooting at 5:50 p.m. at a barber shop located in the 5200 block of College Avenue.

Upon arrival, officers located two victims suffering from apparent gunshot wounds. The victims were transported to a local hospital, and their latest conditions are not known late Saturday evening.

Officers remain at the scene late Saturday evening searching for evidence and reviewing video surveillance footage. The motive for the shooting is not known at this time, and the suspect or suspects remain at large.

Investigators from Oakland's criminal investigation division have been summoned to the scene.

No additional information was made available.