OAKLAND, Calif. - At least two people were injured Tuesday in two shootings in Oakland, according to the police.

The Oakland Police Department said the first shooting happened Tuesday shortly after 2:45 p.m. in the 4700 block of Ygnacio Avenue, just outside of Fremont High School.

Both victims arrived at the hospital with gunshot wounds and are listed in stable condition, police said. 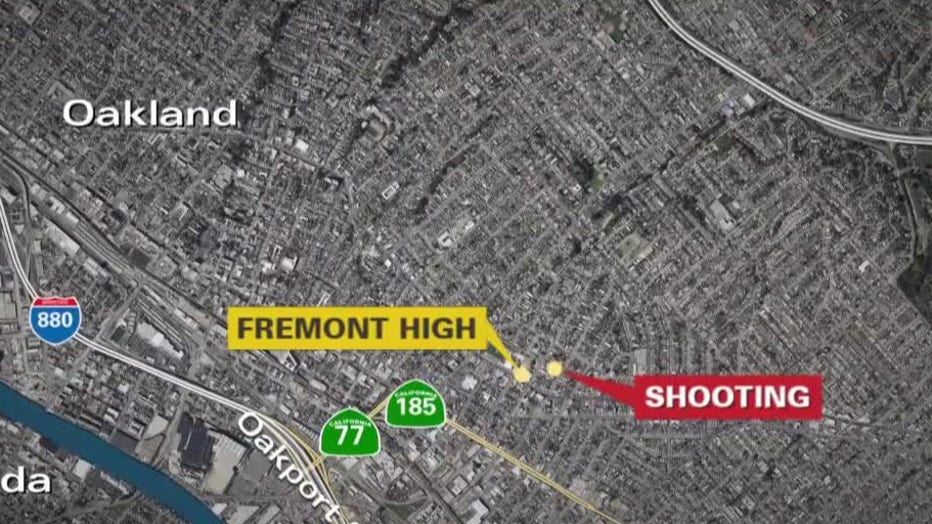 There was a shooting that injured two people Tuesday near Fremont High School in Oakland, according to police.

Officers said neither are students at the high school. Their names were not released.

Police have not made any arrests in the shooting.

Deadly beating of Oakland man may have begun as a robbery

More gunfire erupted Tuesday night, around 8:30 p.m. near Oakland Zoo, according to officials. Witnesses said as many as 20 shots were fired from an assault style weapon.

Photos from the scene show police gathered in a neighborhood around Foothill Boulevard and 106th Avenue, near I-580.

Officers did not find anyone who was hit by the gunfire.

Police told KTVU one man was arrested in connection with the shooting. They found and collected several firearms with the suspect.