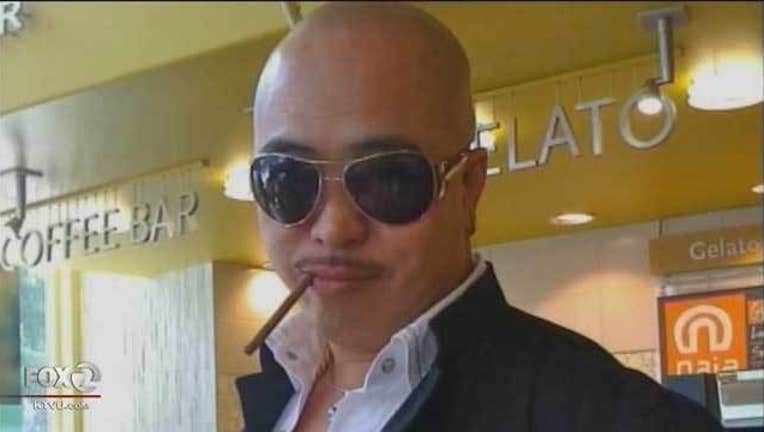 SAN FRANCISCO (KTVU and wires) -- Chinatown association leader Raymond "Shrimp Boy" Chow and seven other people were given an Oct. 19 date in federal court in San Francisco Tuesday for a trial on racketeering conspiracy and organized-crime charges.

Chow, 55, is the leader or "dragonhead" of the Chee Kung Tong fraternal association in San Francisco's Chinatown.

Prosecutors allege that a criminal faction of the group engaged in an organized-crime enterprise that included drug trafficking, sales of stolen and contraband goods, extortion and money laundering.

U.S. District Judge Charles Breyer Tuesday scheduled jury selection for the eight defendants to begin on Oct. 19 and opening statements and testimony in the trial on Nov. 2.

Last week Yee, 67, and his fundraiser, former San Francisco school board president Keith Jackson, pleaded guilty before Breyer to a charge of racketeering conspiracy to accept campaign contributions as bribes for political favors.

Jackson's son, Brandon Jackson, and sports agent Marlon Sullivan pleaded guilty to participating in the unrelated organized-crime racketeering conspiracy, the same charge that Chow and his co-defendants will face in the October trial.

Yee was not charged in the organized-crime conspiracy. Keith Jackson was, but prosecutors will drop that charge against him in exchange for his guilty plea in the corruption conspiracy.

The pleas cleared the way for Breyer to set the trial date for the new round of defendants. Yee and the other three men had been scheduled go on trial in Breyer's Federal Building courtroom this summer, with jury selection July 27 and opening statements Aug. 10. They will now be sentenced on Oct. 21.

In addition to the organized-crime conspiracy count, the charges in the October trial will include about 100 counts accusing the eight defendants of various specific crimes.

The additional charges against Chow include conspiracy to receive and transport stolen liquor, conspiracy to traffic in contraband cigarettes and several dozen counts of laundering money gained in illegal activities.

The supposedly stolen liquor and contraband cigarettes were supplied or offered by undercover FBI agents, who began investigating Chow and other association members in 2010, according to documents filed in the case.

Chow was previously convicted of racketeering and gun charges and admitting to being a gang member. His attorneys maintain he turned his life around after being released from prison in 2003 and is innocent of the current charges. He has been held without bail since his arrest in March 2014.

Outside the Federal Building after the hearing, defense attorney Tony Serra said, "We're delighted we have a jury trial to commence on Oct. 19.  We look forward to our client being exonerated.

"Our client...will not consider pleading and will testify on his own behalf," Serra said.

Serra said Chow's attorneys know there have been negotiations between prosecutors and some defense attorneys and expect that at least half of the Chow's co-defendants in the trial may reach plea bargains.

"But we don't fear that," said Serra, saying that Chow's attorneys don't think he could be harmed by any possible testimony from former co-defendants.

Serra said Chow lived on the charity of others while trying to do good works in the Chinatown community and "accepted relatively small amounts of money" from people later identified as undercover agents. But the money was not accepted in exchange for any illegal activities, Serra said.

Also at Tuesday's hearing, Breyer denied a motion by all defendants remaining in the case for suppression of the use of evidence from wiretaps and secret recordings by the FBI agents. The motion, which was filed under seal and has not been made public, was originally submitted by Yee's and Jackson's attorneys and then joined by all the other defendants.

Assistant U.S. Attorney Ralph Frentzen told the judge the main prosecution evidence in the case will be the recordings and wiretaps, to be presented by the lead FBI agent, who allegedly posed as a Mafia member.

When several defense attorneys indicated they may want to file renewed challenges to the recordings, Breyer said he had directed them to submit challenges by an earlier deadline and told them, "Anything you could have claimed has now been adjudicated."

But the judge said he will consider allowing more disputes about the recordings if the attorneys can show they have obtained information not previously available to support a challenge.