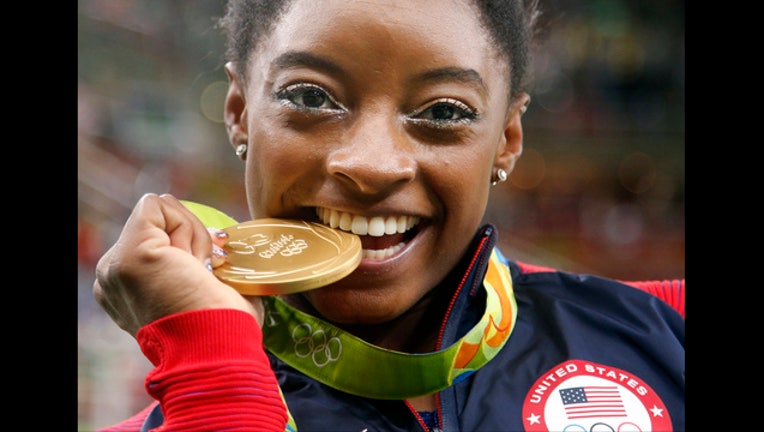 Biles was chosen by fellow U.S. Olympians in a vote. "It's an incredible honor," Biles said.

Biles made her Olympic debut in Rio, winning team gold and individual titles in women's all-around, vault and floor exercise, along with a bronze on balance beam. She's one of only four women, and the first American, to win four golds in a single Olympics.