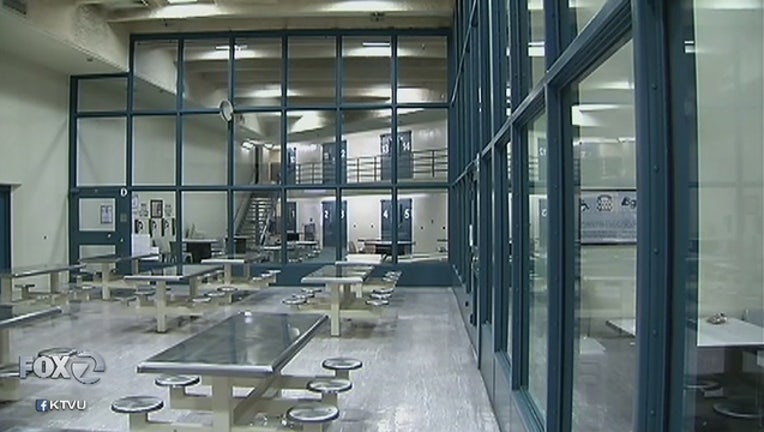 DUBLIN, Calif. - The number of inmates at the Santa Rita Jail in Dublin who have the coronavirus has decreased by six because six who tested positive have completely recovered, Alameda County sheriff's officials said on Monday.

A total of 73 inmates have been tested so far, with 42 testing negative, 15 testing positive and 16 results still pending, according to the sheriff's office. In addition, two staff members or contractors at the county jail have tested positive for COVID-19 but that's the same number that the sheriff's office reported last Thursday.

The number of inmates at Santa Rita has decreased significantly because county court officials have agreed to release more than 600 low-level offenders in order to reduce the danger of having inmates spread COVID-19 by living together too closely.

In addition, Sheriff Gregory Ahern has told police agencies to cite and release low-level offenders instead of bringing them to Santa Rita. The jail had 2,597 inmates on March 1 and after 56 more on Monday were ordered released the population was down to 1,869, according to court officials.