LIVERMORE, Calif. - A small plane came down on a roadway and collided with a car shortly after departing from the Livermore Municipal Airport Tuesday evening.

According to the Federal Aviation Administration, the pilot of the single-engine Mooney M20 reported a loss of engine power around 5 p.m. 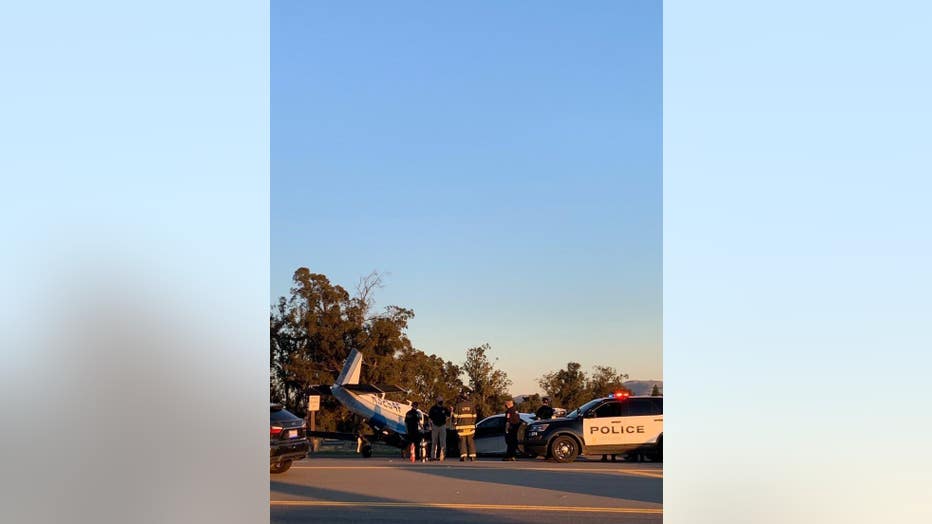 The pilot made an emergency landing on Interstate 580 and Isabel Avenue and collided with a car.

"We do not have reports of injuries to either of the two people on board the aircraft or anyone on the ground," the FAA said in a statement.

The FAA is investigating the incident and has notified the National Transportation Safety Board.

This video is courtesy of Ted Hall.