LAFAYETTE, Calif. - A small two-seater plane was forced to make an emergency landing in Lafayette after running out of gas.

The single-engine aircraft landed on property near the Lafayette Reservoir just before 3 p.m. The property is owned by the East Bay Municipal Utility District (EBMUD).

The Federal Aviation Administration said only the pilot was on board and he was not injured. There is also no report of damage to the aircraft.

EBMUD said the emergency landing had no impacts on its watershed lands or the Lafayette Reservoir.

From an AlertWildfire camera, the bright yellow plane stood out on the mostly green hillside, which appeared to have a law enforcement vehicle nearby.

SkyFOX flew over the location, near the Lafayette reservoir, shortly after 4 p.m. on Friday, March 12, 2021. 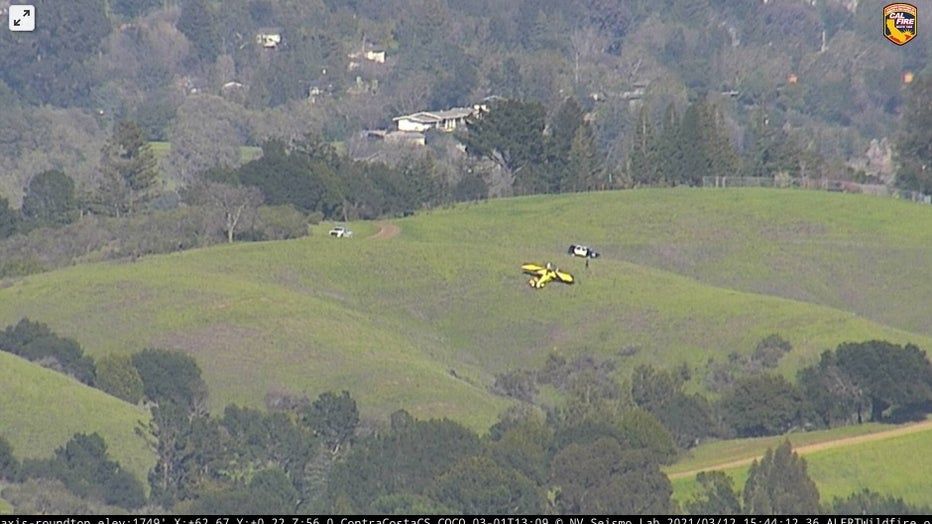