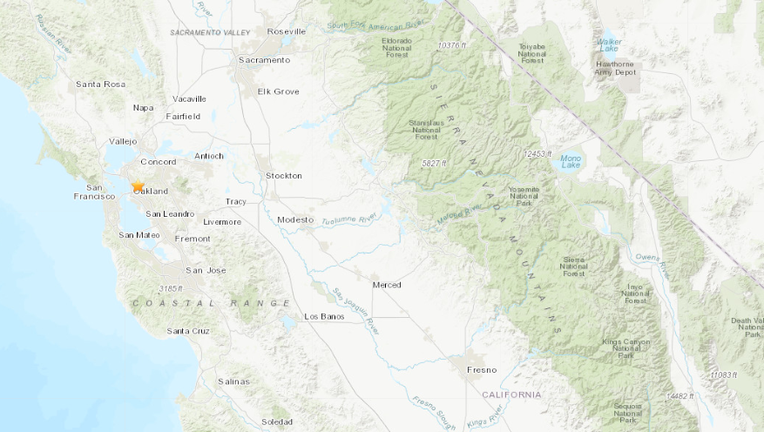 BERKELEY, Calif. - An earthquake with a magnitude 2.7 rumbled through the East Bay early Wednesday morning.

The quake was centered near Berkeley just before 6 a.m. and felt in Oakland, Richmond and Orinda, among other areas.

Earlier this week, four earthquakes ranging in size from a 3.3 magnitude as the most powerful to 1.3 struck near Milpitas, according to the United States Geological Survey.

The area had also felt two recent earthquakes on Sunday, including a 3.4 magnitude shaker.