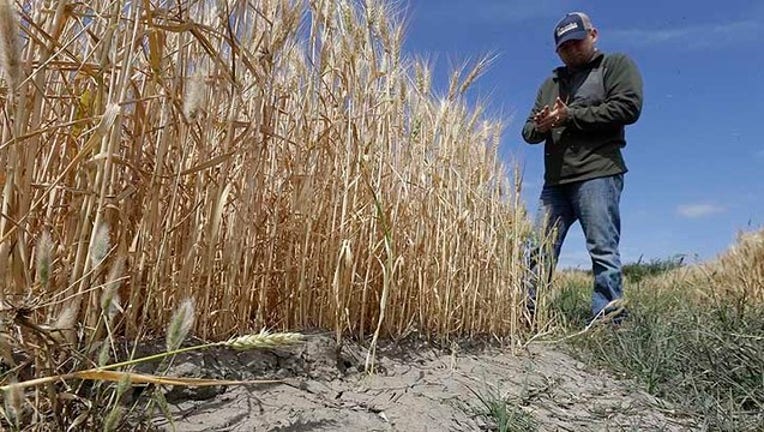 FRESNO, California (AP) - Many California farmers and other water customers expect to receive all of their requested deliveries this year from a vast system of canals and reservoirs run by the federal government, while others will likely receive a fraction as the state recovers from several years of drought, officials said Friday.

Farms and water customers in the state's northern Central Valley will receive their full water supplies provided by the U.S. Bureau of Reclamation. Last year, those farmers received no water, and communities got a one-quarter of their contracted supplies.

Many farms in the San Joaquin Valley south of the Sacramento San Joaquin River Delta — where California's two largest rivers meet — will receive five percent of requested deliveries. These received no surface water in the last two years.

California remains in a drought emergency, despite receiving a near-average amount of rain and snow this winter, David Murillo, Reclamation's Mid-Pacific regional director, said in a statement, announcing the initial water plan for California.

"The ongoing and residual impacts of the multi-year drought continue," he said.

The announcement affects San Joaquin Valley farmers, spanning California's interior from Stockton to Bakersfield. It is home to about one-third of California's farmland and one of the nation's most productive agricultural regions. Drought has forced some farmers to buy expensive water, rely heavily on groundwater or fallow fields.

The little water being provided to many farmers in the San Joaquin Valley's Westlands Water District is "grossly inadequate," district spokeswoman Gayle Holman said in a statement. She said that it shows how California's water delivery system is broken.

State officials, who run an interrelated system, have said they'll provide 45 percent of the water their customers requested.