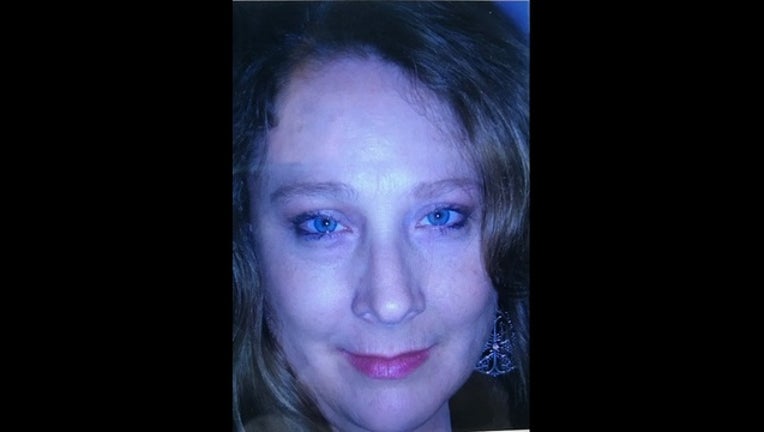 Catherine Huberty, 54, was last seen around 6 p.m. by her caretaker in her home in the 2200 block of Mark West Springs Road north of Santa Rosa

The Sonoma County Sheriff's Office released new information and an updated photo this afternoon of a woman who was last seen Friday evening, a sheriff's sergeant said.

Catherine Huberty, 54, was last seen around 6 p.m. by her caretaker in her home in the 2200 block of Mark West Springs Road north of Santa Rosa, Sgt. Spencer Crum said. Deputies were informed around 8:30 p.m.
Saturday that she went missing, Crum said.

Huberty is described as a high-functioning schizophrenic who recently stopped taking her medications. Her mobility is impaired but she can walk with a cane, Crum said.

She was last seen on a neighbor's surveillance camera video around 6:45 p.m. Friday walking uphill on a dead-end road in the area of 2200 Mark West Springs Road. She was wearing a black dress and white shawl and she was pulling an orange-bristled push broom up the hill with her, Crum said.

Huberty is Caucasian, 5 feet 6 inches tall, 115 pounds with brown hair and blue eyes. The sheriff's office released an updated photograph of her on its website this afternoon.

Search and rescue volunteers who searched for her Sunday resumed the search today with canine teams and more personnel. The area where she disappeared is very steep mountainous terrain.

The sheriff's office is not seeking volunteers at this time because the area is physically limiting where Huberty could possibly have gone, Crum said.