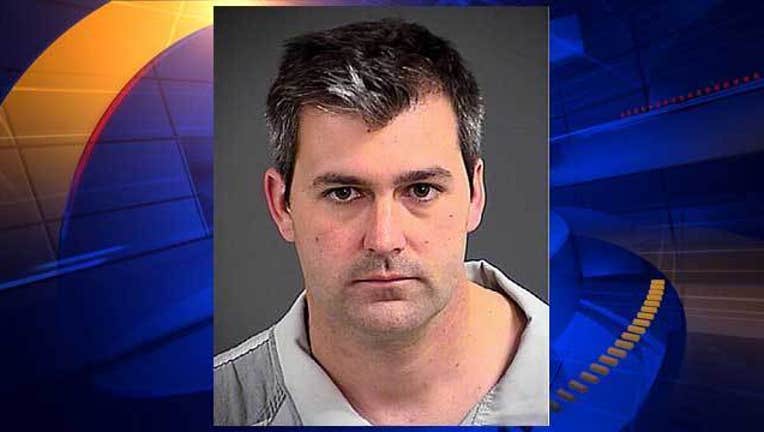 NORTH CHARLESTON, S.C. (AP) — The department whose officer was charged with murder after shooting an unarmed man in the back is taking another look at a previous use-of-force case against him that was closed two years ago even though witnesses told The Associated Press that investigators never contacted them.

North Charleston police spokesman Spencer Pryor told the AP that the department will review its decision to exonerate Michael Thomas Slager of any wrongdoing in a 2013 case involving his use of a Taser against another unarmed black man.

That man, Mario Givens, 33, told the AP in an exclusive interview Wednesday that Slager — the officer jailed in the shooting death of Walter Lamer Scott after a bystander's cellphone video was made public — woke him before dawn one morning by loudly banging on his front door.

Slager claimed in his official police report that he killed Scott in self-defense Saturday after the motorist grabbed his Taser. Givens said Slager also used his Taser against him, for no reason.

"Come outside or I'll tase you," Givens quoted the officer as saying, adding: "I didn't want that to happen to me, so I raised my arms over my head, and when I did, he tased me in my stomach anyway."

In Slager's report, obtained by The AP through a public-records request, he wrote that he could not see one of Givens' hands and feared he might be holding a weapon.

As it turns out, Givens' arrest was a case of mistaken identity. After being tased, dragged outside, thrown to the ground, handcuffed and accused of resisting arrest, he was released without charge.

The next day, Givens filed a formal complaint accusing Slager of excessive use of force. He and his mother say several neighbors who witnessed what happened on the family's front lawn also contacted the police, though they say officers refused to take their statements.

At least two others who witnessed what happened were named in Slager's report, but the senior officer assigned to investigate the complaint closed the case a couple of weeks later. Slager's personnel file, which AP obtained through a public records request, said he was "exonerated."

Givens and all of the witnesses contacted by the AP said no one from the department ever contacted them to see if what they saw differed at all from what Slager put in his incident report.

Givens said the pain from the Taser was so intense that he dropped to the floor and began calling for his mother.

"It was very devastating," said Bessie Givens, 57, who was awakened by her son's screams. "You watch your son like that, he's so vulnerable. You don't know what's going to happen. I was so scared."

The district is patrolled by a city police force that is about 80 percent white that residents told AP they regard with a mixture of distrust and fear resulting from what they say are routine occurrences of petty brutality.

Officers had been looking for his brother, Matthew Givens, whose ex-girlfriend had reported that he came into her bedroom uninvited, then left when she screamed and called 911.

That woman, Maleah Kiara Brown, told The AP that she and a friend had gone to the Givens home with police and were sitting outside when Slager knocked on the door. A second officer had gone around to the back of the house.

She had provided the officers with a detailed description of her ex-boyfriend, who is about 5 feet, 5 inches tall. Mario Givens stands well over 6 feet.

"He looked nothing like the description I gave the officers," Brown said. "He asked the officer why he was at the house. He did it nicely. The police officer said he wanted him to step outside. Then he asked, 'Why, why do you want me to step outside?' Then the officer barged inside and grabbed him."

Moments later, she saw the officers drag Mario Givens out of the house and throw him in the dirt. Brown said she kept yelling to the officers that they had the wrong man, but they wouldn't listen to her. She said Slager used the stun gun on Givens again, even though he was offering no resistance.

"He was screaming, in pain," she said. "He said, 'You tased me. You tased me. Why?' It was awful. Terrible. I asked the officer why he tased him and he told me to get back."

"He was cocky," she said of Slager. "It looked like he wanted to hurt him. There was no need to tase him. No reason. He was no threat — and we told him he had the wrong man."

The incident report filed by Slager and the other officer, Maurice Huggins, provides a very different version.

Slager said Givens didn't comply with his orders, so he entered the home to prevent him from fleeing and was forced to use his stun gun when Givens struggled with him. The officers described the Givens brothers as looking "just alike."

Brown is listed as a witness in the investigative report, but her statement described there includes none of the details she said she told police — including a female supervisor — about Slager shocking Givens while he was on the ground. She said she was never contacted as part of the police investigation and had not spoken with anyone about that night until she was contacted by an AP reporter Wednesday.

The report also includes statements from another witness, Yolonda Whitaker, who said she saw Slager stun Givens "for no reason." AP's efforts to reach Whitaker were unsuccessful.

Givens said he learned the case was closed only when he went to the station six weeks later to ask about it.

"They never told me how they reached the conclusion. Never. They never contacted anyone from that night. No one from the neighborhood," Givens said.

Asked about his reaction to Slager's murder charge in the death of Scott, Givens shook his head.

"It could have been prevented," Givens said. "If they had just listened to me and investigated what happened that night, this man might be alive today."