An unspecified number of homes were in the path of the flames but were not in imminent danger, CalFire captain Fernando Herrera told the Riverside Press-Enterprise.

The blaze, which began as two adjacent fires, was reported shortly before 5 p.m. Friday in Cherry Valley, an unincorporated area near the city of Beaumont in Riverside County. Flames leapt along brushy ridge tops and came close to homes while some 375 firefighters attacked it from the ground and air, authorities said.

One home has been destroyed. Herrera said firefighters were having difficulty assessing the damage because the charred ground was too hot to walk on. 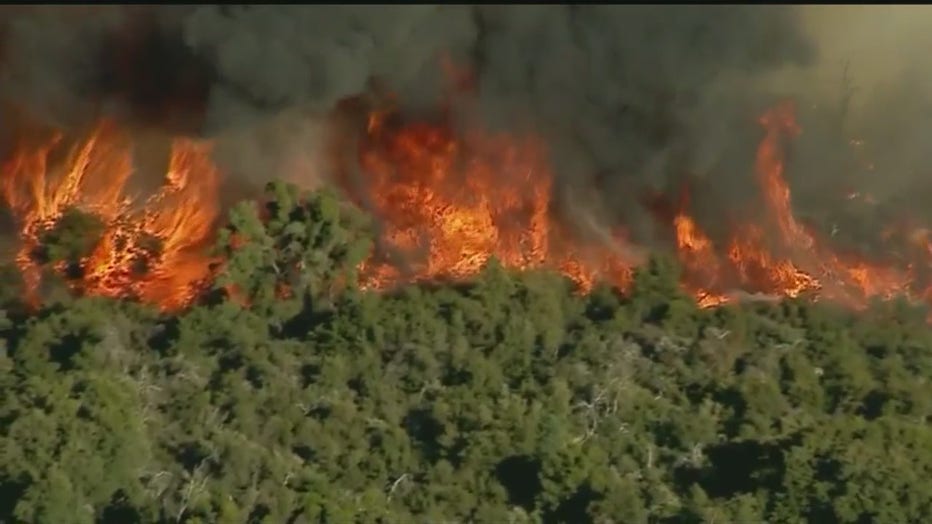 The National Weather Service issued an excessive heat warning as Southern California found itself in the midst of a heat wave.

The mercury hit 105 degrees in Palm Springs by Saturday afternoon.

The weather service said “dangerously hot conditions” were expected to continue into evening because of high pressure over the region.