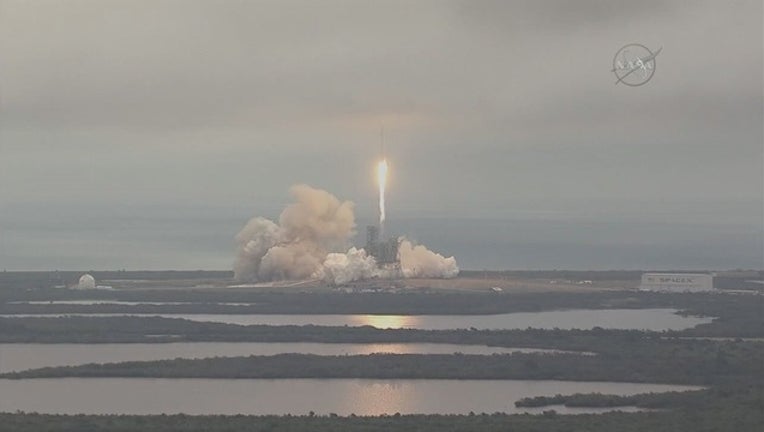 It's the biggest leap yet in the company's bid to drive down costs and speed up flights.

The Falcon 9 rocket blasted off from Florida's Kennedy Space Center Thursday evening on the historic reflight. It's the first time SpaceX founder Elon Musk has tried to fly a salvaged booster. The first stage landed on an ocean platform almost a year ago after a launch for NASA.

SpaceX refurbished and tested the booster, which still has its original engines. The booster will aim for another sea landing once it hoists a broadcasting satellite for the SES (S-E-S) company of Luxembourg.

Longtime customer SES is getting a discount for agreeing to use a recycled rocket, but won't say how much.