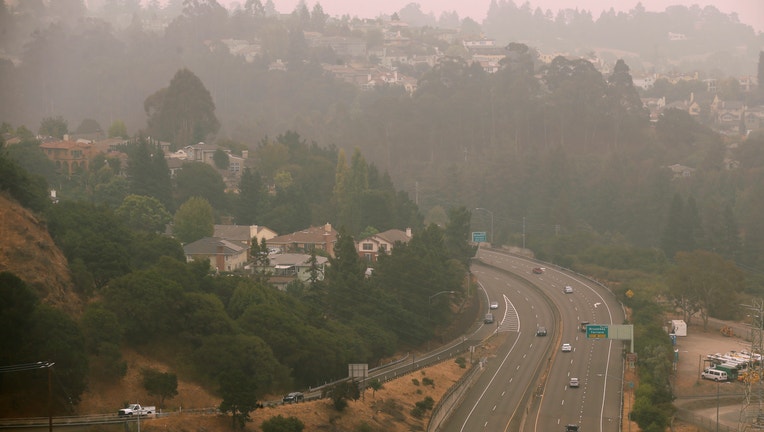 OAKLAND, CA - SEPT. 10: Traffic rolls through smoky conditions on Highway 13 in Oakland, Calif. on Thursday, Sept. 10, 2020. The orange hue of the sky is gone but smoke from wildfires burning in Northern California and the Pacific Northwest continue

SAN FRANCISCO BAY AREA - The Bay Area Air Quality Management District extended its streak of Spare the Air alerts into the weekend due to smoke from the Glass Fire, which is burning in Sonoma, Napa and Lake counties.

Burning wood and other solid fuels will be illegal indoors and outdoors during the Spare the Air alert window, which the district extended through Saturday. Bay Area residents are also advised to reduce their time spent outdoors to avoid inhaling particulate matter pollution.

The district has extended its Spare the Air alert several times since late September, when the Glass Fire began burning at the same time a heat wave blanketed the region.