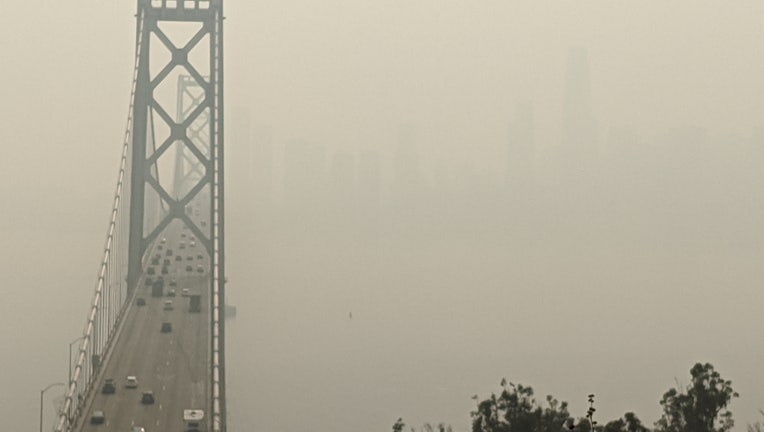 OAKLAND, Calif. - A string of Spare the Air alerts issued by the Bay Area Air
Quality Management District because of smoke in the region from the Glass Fire and other wildfires around California will continue until at least Thursday, according to the air district.

Burning wood or other solid fuels indoors or outdoors is illegal
on Spare the Air days. The alerts had been issued until Tuesday but were extended until Thursday as the Glass Fire continues to burn in Napa, Sonoma and Lake counties.

The blaze had burned more than 66,000 acres and was 50 percent contained as of Tuesday morning. The air district said onshore winds are blowing smoke out of much of the Bay Area, but localized impacts remain near the North Bay and elsewhere in the region.

The Bay Area's air quality is expected to improve later this week
and weekend, with some rain in the forecast.

"Bay Area residents should continue to be vigilant about air
quality conditions over the next couple of days," BAAQMD executive officer Jack Broadbent said in a news release. "As fire containment efforts progress and more favorable weather conditions move into the region, we expect more widespread relief from smoke starting this weekend."