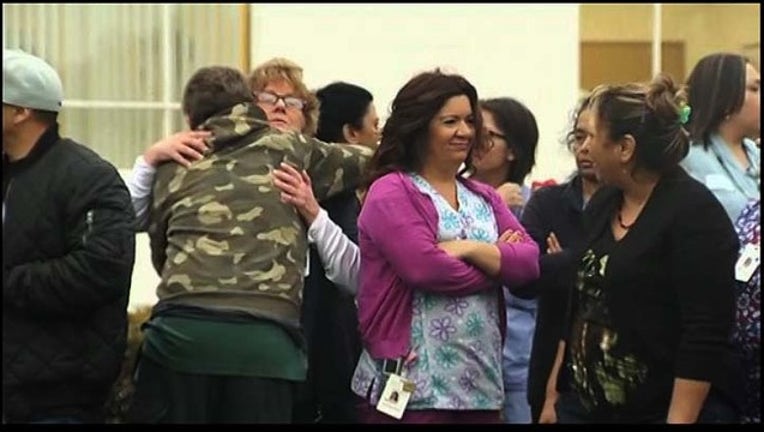 SAN PABLO, Calif. (KTVU and wires) – Staffers gathered on the lawn of Doctors Medical Center in San Pablo early Tuesday as the closed sign went up on the facility's emergency room marking the end of an era.

The hospital that has delivered medical care to residents of West Contra Costa County for more than five decades was shuttering its doors as it can no longer financially afford to operate.

At 7 a.m. the facility closed its emergency room – the last act before shutting down for good.

"It's a funeral because most of us have been here for years," said Christine Maki, who worked in the accounting department for 17 years. "We're a close-knit community."

Neuro diagnostic tech John Wacker stood close by. Many of his life's most memorable moments were attached to the medical center.

Wacker worked at the facility while he was in high school, his father once served as the CEO and he met his wife at the hospital where she worked for years as a nurse.

"I'm really sad the hospital is closing," he told KTVU Fox 2. "I grew here as a kid. I started working as a junior orderly while I was in high school to see if I wanted to get into medicine or not."

Linda Morris, who worked in patient financial services for 33 years, also felt sadden by the closure.

"I got emotional today," she said. "It's going to be a big change."

As patients streamed out of the center on Monday picking up their medical records, some had an idea of where they would seek care next, even if they weren't happy about it.

"It's just not fair that the closest hospitals are all in directions where there's so much traffic," said DMC patient Carol Gotzhein. "If there's something wrong with you, you are in trouble."

Her husband, Bernard Gotzhein, added, "If I have a stroke, I don't know how I'll make it."

The Gotzheins will be seeking care at Alta Bates Summit Medical Center in Berkeley, they said. Others are planning on going to Kaiser Permanente Richmond Medical Center.

The city of San Pablo is also hoping that most of the residents who previously used emergency room services at Doctors Medical will be able to go to a new urgent care clinic that opened on Monday across the street from the DMC campus.

The clinic, operated by LifeLong Medical Care, is housed in a building that until last month was part of Doctors Medical's property.

The new clinic will be open from noon to 8 p.m. each day, said Dr. Eric Henley, chief medical officer for LifeLong Medical Care.

While the urgent care center won't be able to handle surgeries, heart attacks, or many of the conditions that emergency departments are equipped to handle, it will be able to care for 85 percent of the cases that the DMC emergency room dealt with on a day-to-day basis, he said.

"It's things like, 'I fell and I hurt myself, did I sprang something? Do I have a fever and do I need to take medicine for it? I'm having trouble breathing, do I need something for that?'" Henley said.

The clinic will be able to handle roughly half of the number of patients who came to the emergency department at Doctors Medical for care, LifeLong Medical Care chief administrative officer DL Poole said.

Poole said the clinic is preparing to apply for a building permit from the city to double the number of rooms it has available for urgent care.

A list of the health care resources for West Contra Costa County residents can be found at http://cchealth.org/dmc/west-county-resources.php. Patients who wish to contact the 24/7 Advice Nurse Line can call (877) 661-6230.