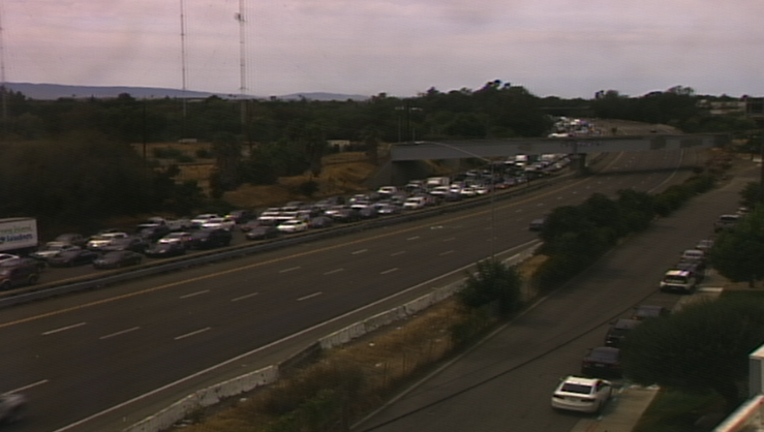 SAN JOSE, Calif. - A man experiencing a mental health emergency Monday afternoon on the side of U.S. Highway 101 in San Jose prompted closures in both directions near the area of Alum Rock Avenue, according to the California Highway Patrol.

Police responded around 12:30 p.m. to reports of a man threatening to fire, and perhaps actually firing, an airsoft gun at vehicles from the side of the highway, according to officer Ross Lee with the CHP's San Jose division.

When officials arrived, the suspect was outside of his car. He then went back to his vehicle and sat with the windows down while communicating with officers, but he refused to get out of the vehicle.

Authorities described the incident as an "emotional crisis" and said a crisis negotiator responded. After making contact and speaking with the suspect for about an hour, he fled and a pursuit ensued. The chase spilled onto city streets before it ended at a Bonfare Market.

No further information was available.