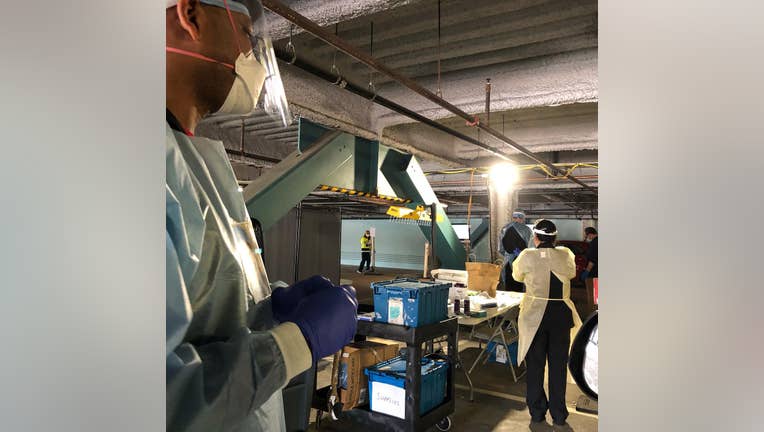 PALO ALTO, Calif. - Stanford Health Care workers are being forced to take mandatory furloughs during the coronavirus outbreak, which is basically asking frontline healthcare workers to take pay cuts during a crisis, according to the workers' union.

In a news release Monday, Service Employees International Union United Healthcare Workers West said Stanford Health Care is requiring its employees to take 12 furlough days over a 10-week period. The workers were reportedly notified of the upcoming furloughs via email.

"We have been putting our lives on the line treating COVID-19 patients and Stanford Health is thanking us by cutting our pay and harming our families," Chuck Fonseca, a nursing assistant with SEIU UHW said in a statement. "We had no warning that this was coming and there was no discussion. They just sent us an email out of the blue - and most of us are in shock that they would treat us this way."

The union said while many employees make between $55,000 and $65,000 per year, Stanford Health Care's CEO makes over $3 million, and they would rather see their executive cover the cost of their furloughs in a pay cut down to about $2 million instead.

"There is no logical reason for Stanford Health to do this to their lower-paid workers who struggle to get by as it is, let alone take a 20-percent pay cut," Linda Cornell, a unit secretary, said in a statement Monday. "It's a total betrayal, and for most workers it's an eye-opener that shows how little management values those of us on the front lines of this pandemic."