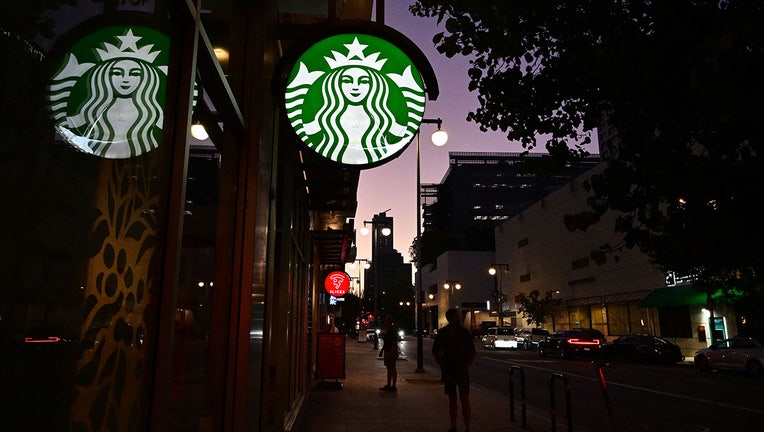 People stand outside a Starbucks closed for the day in Los Angeles, California on July 12, 2022. Starbucks will close six locations in Los Angeles, including this one in downtown, by the end of the month. (Photo by FREDERIC J. BROWN/AFP via Getty Ima

Starbucks is closing 16 stores around the country because of repeated safety issues, including drug use and other disruptive behaviors that threaten staff.

The coffee giant is closing six stores in its hometown of Seattle, six in Los Angeles, two in Portland, Oregon and one each in Philadelphia and Washington. Starbucks said employees at those stores will be given the opportunity to transfer to other stores.

Starbucks said Tuesday the closures are part of a larger effort to respond to staff concerns and make sure stores are safe and welcoming. In a letter to employees, Starbucks’ senior vice presidents of operations Debbie Stroud and Denise Nelson said the company’s stores aren’t immune from problems like rising drug use and a growing mental health crisis.

"We know these challenges can, at times, play out within our stores too. We read every incident report you file — it’s a lot," Stroud and Nelson wrote.

But the company also faced criticism from some workers who said they weren’t consulted or given any options besides closure.

"We think it is not fair that we were not allowed to be a part of this decision about our working conditions, nor for Starbucks to claim they could not provide a safe experience for our workplace," said Mari Cosgrove, an employee at one of the Seattle stores that is closing.

Two of the Seattle stores that are closing have voted to unionize, while one of the Portland stores has petitioned to hold a union vote. Last month, Starbucks also closed a unionized store in Ithaca, New York, because of operational problems, including an overflowing grease trap.

Starbucks Workers United, the labor group organizing the effort, said it intends to file unfair labor practice charges against Starbucks on behalf of the two unionized stores that are closing in Seattle.

But Starbucks insisted the closures weren’t related to the unionization drive.

"Opening and closing stores is part of our business operations," a spokesperson for the company said. "This is really rooted in safe and welcoming stores."

U.S. labor law doesn’t prevent Starbucks from closing its stores for business reasons. But it can’t close a store — whether it’s unionized or not — in retaliation against labor organizers.

In the letter to employees, Starbucks said it is willing to make adjustments to ensure store safety, including modifying operating hours and moving furniture — or removing it — in order to give employees a clearer view of the store. The company said it's testing alarm systems and sensors to alert employees if someone is in a restroom.

Starbucks also noted an effort — now in eight cities — called Outreach Worker, which connects store employees to nonprofit groups who can help with patrons who are chronically homeless, mentally ill or abusing drugs.

The company also said restrooms at some stores might be closed if they become a safety hazard.

That's a reversal from 2018, when Starbucks issued a policy allowing anyone to use its restrooms even if they didn't buy anything. That decision was made after a Starbucks employee called police to report two Black men who were denied the use of a restroom and asked to leave. The men, who were in Starbucks waiting for a business meeting, were arrested; they later reached a settlement with Starbucks.