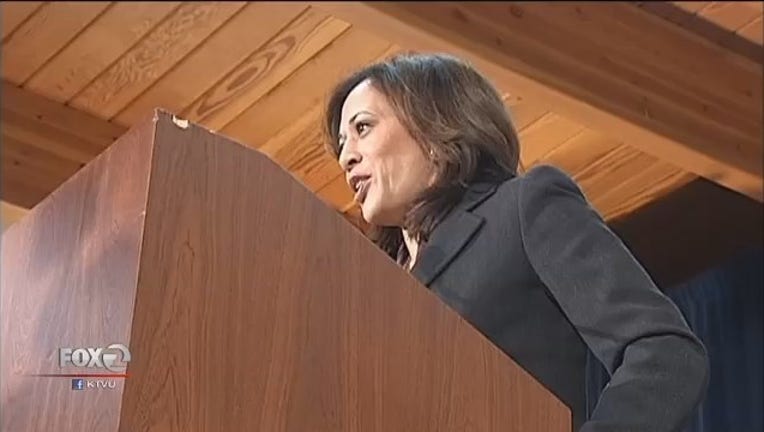 SACRAMENTO, Calif. (KTVU) -- California Attorney General Kamala Harris is seeking to stop a campaign to make homosexuality punishable by death before it starts.

Harris filed Wednesday for a state judge's permission to not prepare a title and summary for the so-called "Sodomite Suppression Act," a proposed ballot initiative that calls for making the punishment for homosexuality "death by bullets to the head or by any other convenient method."

The initiative would also call for making the distribution of "sodomistic propaganda" to minors punishable by a $1 million fine or imprisonment of up to 10 years or expulsion from the state.

If the measure passed, and the state refused to enforce it, the initiative would authorize the citizens of California to carry out the punishments with impunity.

If Harris is unable to get relief from preparing the title and summary, McLaughlin could begin collecting the 365,880 signatures necessary to get the initiative on the 2016 ballot.

"This proposal not only threatens public safety, it is patently unconstitutional, utterly reprehensible, and has no place in a civil society," Harris said in a statement.

"If the court does not grant this relief, my office will be forced to issue a title and summary for a proposal that seeks to legalize discrimination and vigilantism," she said.

The controversy over the proposed initiative has led two California lawmakers to call for reforming the ballot measure process entirely.

State Assemblymen Evan Low, D-Campbell, and Richard Bloom, D-Santa Monica, introduced legislation this week that would increase the fee for filing proposed initiatives from $200 to $8,000, according to Low's office.

"We live in California, the cradle of direct democracy, but we also need a threshold for reasonableness," Low said in a statement. "It's been 72 years since we updated this aspect of the initiative process, this proposal is long overdue."

Some gay rights groups agree that the ballot initiative system needs to be reformed.

"California's ballot initiative process has been used in the past to restrict the civil rights of the LGBT community and the diverse communities that we are a part of," executive director of Equality California Rick Zbur said in a statement.

"We look forward to working with Attorney General Harris, policymakers, and members of the legislature to review the ballot initiative process and implement reforms to assure that public resources are not wasted on measures that clearly violate the law or Californians' constitutional rights," Zbur said.