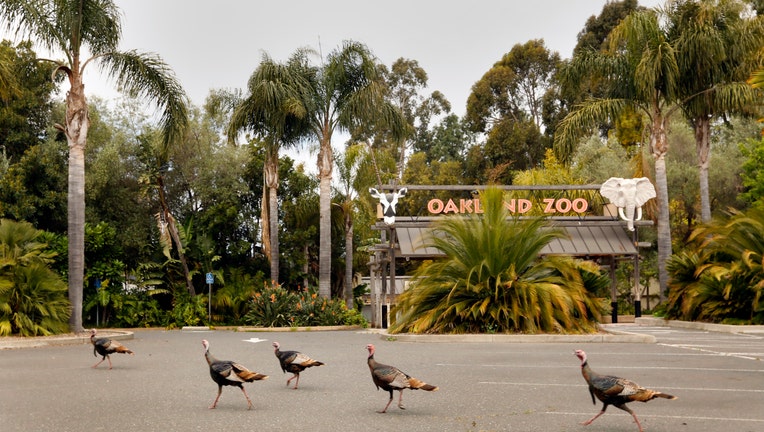 Alameda County on Wednesday was granted a special variance, or permission, by the state of California to allow outdoor dining and the Oakland Zoo to reopen, the health department announced.

OAKLAND, Calif. - Alameda County on Wednesday was granted a special variance, or permission, by the state of California to allow outdoor dining and the Oakland Zoo to reopen, the health department announced.

When operations resume touring the property and seeing the animals will look much different as tours will be staggered throughout the day and group visitors must be from the same family.

“We’re going to be doing advance ticket sales so that we can have timed admission so that we can make sure that people are safe and can social distance,” said Dr. Joel Parrott, President & CEO of the Oakland Zoo

To comply with the variance regarding restaurants, customers eating outdoors must wear a mask at all times except "during the physical act of eating or drinking," the county said.

Still, Alameda County remains on a state monitoring list because of a rising number of coronavirus cases, meaning that all indoor worship services and indoor malls must closed.

The Board of Supervisors had not asked for this permission in May, when every other Bay Area county had asked for one.

Wilma Chan, the supervisor for District 3, previously told KTVU that the county did not feel it was reasonable to ask for a variance with rising COVID-19 cases in the last several weeks. However, the supervisors changed their minds, realizing that they needed this state approval, and requested it from the state on Tuesday.

The holdup had meant that the zoo had to remain closed, though San Francisco's zoo could open, and that many restaurants which wanted to offer outdoor dining were either put in limbo, didn't open at all, or opened in apparent defiance of the rule.

Juan Alcaraz, owner of French Dips in Livermore, kept offering outdoor dining, knowing that he was technically out of compliance, and the confusion was bad for business.

“Our weekend was horrible,” Alcaraz said. “We went so down on sales. We got a lot of people calling and asking if we were open.”

With the state's go-ahead, the Oakland Zoo plans to reopen to the general public on July 29 with donor and member special preview days on July 27 and 28. Tickets will be available for sale starting July 26th at oaklandzoo.org.