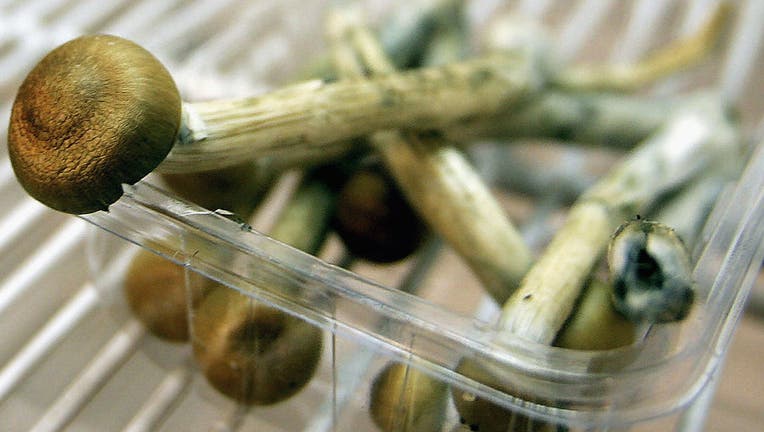 LONDON - JULY 18: Magic Mushrooms sit in a fridge on July 18, 2005 in London, England. The sale of fresh mushrooms has been prohibited as of today due to the reclassification of the drug to Class A. (Photo by Daniel Berehulak/Getty Images)

Wiener described current laws, which ban the possession of certain plant based psychedelics, as bad policy, and a continuation of the war on drugs.

The bill has received support from a number of groups in the mental health community, including several focused on treating veterans with diagnoses ranging from substance abuse disorders to PTSD and depression.

"On average 18 veterans commit suicide in this country every day. That is unacceptable and it is avoidable," Wiener said. "These people have put their lives on the line for our country, and we need to support them, and what we are doing here with Senate Bill 58, that will support the mental health of our veterans."

A recent study by researchers at Johns Hopkins University found that hallucinogenic mushrooms, given to cancer patients, helped treat anxiety and depression.

Pushback against the bill is expected to come from a number of law enforcement associations, which have in the past raised concerns about the potential for such legislation to cause an uptick in substance abuse cases and arrests.

The bill is expected to face its first committee hearing sometime in the Spring.