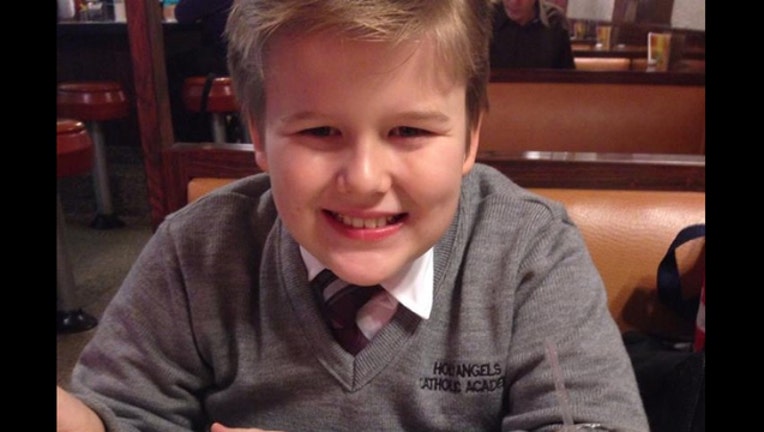 NEW YORK (FOX5NY) - Thousands of people have donated than $100,000  for the family of a 13-year-old Staten Island boy who killed himself after he was bullied.

Daniel Joesph Fitzpatrick took his own life on August 11th after his sister says he endured years of bullying.

The boy, who attended Holy Angels Catholic Academy, was taunted by classmates for his weight.  In a note he wrote before he hung himself he claimed that school administrators did nothing to help him.

Daniel's sister, Eileen Fitzpatrick, set up a gofundme page in hopes of raising $10,000 to help her family bury him but the response was overwhelming.  In just two days, 2,643 people had donated $102,102.

Fitzpatrick, says the money will go to pay for a memorial for the boy and to "shine a bright light on the bullying that killed him."  The family plans to donate the money not used for his funeral to an organization that fights bullying and encourages suicide awareness.

"We have every intention to help other families never go through what we are going through. We want to thank you from the bottom of our hearts for helping us and hearing his story," Eileen Fitzpatrick says.

His father – also named Daniel – posted pictures and memories on his Facebook page. He also spoke out in an emotional video that in some parts went off on the other children’s parents – calling their kids “monsters” -- and in others, what he misses most. Warning about language some may find objectionable.

Friends of the family posted the letter that they say “his parents asked everyone to get his story out.”