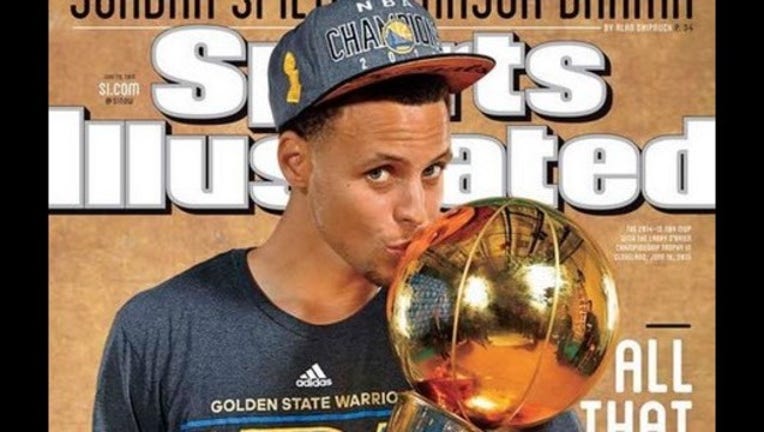 Curry helped lead the Warriors to the team's first NBA Championship in 40 years by averaging 26.0 points, 6.3 assists, 5.2 rebounds and 1.83 steals during the 2015 NBA Finals against the Cleveland Cavaliers, a series the Warriors won, 4-2.

The regional cover features a picture of Curry kissing the Larry O'Brien Trophy following Game 6 of The Finals in Cleveland on Tuesday, June 16, along with the caption, "All That Glitters Is Gold." The cover story on Curry and Golden State's championship team is written by Sports Illustrated senior writer Lee Jenkins.