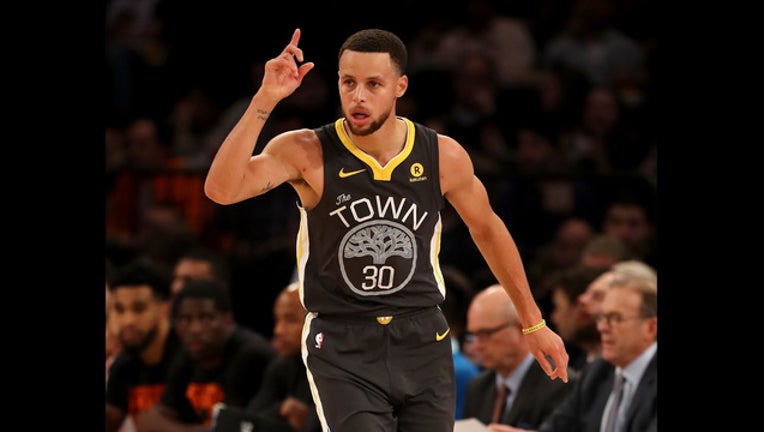 The Warriors announced Saturday superstar Stephen Curry has made "steady functional progress." His rehab will intensify and he will be re-evaluated in a week. (Photo by Elsa/Getty Images) April 14, 2018.

OAKLAND, Calif. (KTVU) - Stephen Curry has made “steady functional progress” since his injury and “will intensify his on-court rehabilitation in the coming days,” the Warriors announced Saturday morning.

Friday the two-time MVP was examined by the team’s medical staff and is due to be re-evaluated in one week. Intensified rehab work will include “more running and lateral movement,” the team said.

Curry suffered a Grade 2 MCL sprain on March 23 and has missed a total of 10 games since. The Warriors have lost six of those 10.

Two days ago Curry posted a photo in a gym to his personal Instagram account with the caption "soon come."

Game one of the Warriors’ first-round series against the San Antonia Spurs has a 12:00 p.m. tip at Oracle Arena. Curry is not expected to be back for this series.