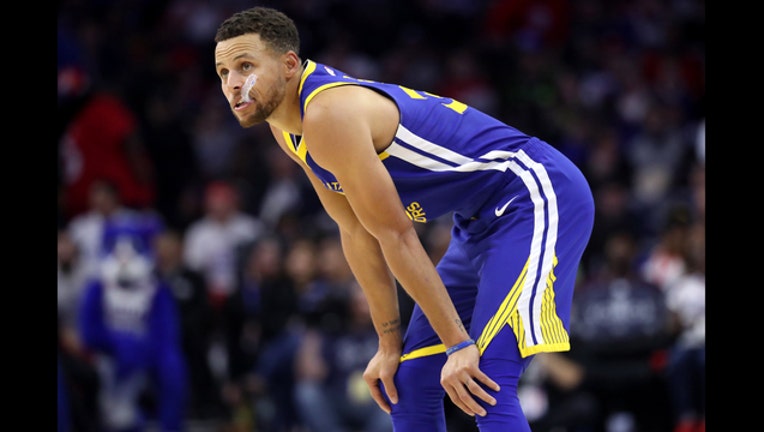 Stephen Curry will not play Jan. 10 against the Los Angeles Clippers after suffering an ankle injury in practice (Photo by Rob Carr/Getty Images)

OAKLAND, Calif. (KTVU) - Warriors superstar guard Stephen Curry will not play because of a right ankle sprain he suffered in practice Wednesday.

This is the second time this season Curry has had issues with his right ankle. The previous sprain kept him out for 11 games -- he returned Dec. 30.

Curry has been ferocious since his return.. Through five games he averaged 35.2 points, 5.6 rebounds and 5.6 assists per game. He made more than 50 percent of his three-pointers and the team went 5-0.

Warriors staff will likely err on the side of extra caution, being that this is the second issue he’s had with his right ankle this season, and that he returned less than two weeks ago.

Klay Thompson is taking Wednesday off to rest. Kevin Durant missed the previous three games (right calf strain) but is available to play. Draymond Green (right knee soreness) and Andre Iguodala (left knee and hip soreness) are a little banged up, too, but are available to play.

How many games Curry is expected to miss has not been released, though he’ll likely not return until fully healthy. The boost he provided helped to separate the team a bit from the second place Houston Rockets in the Western Conference standings. Warriors head into Wednesday night with a four game lead.