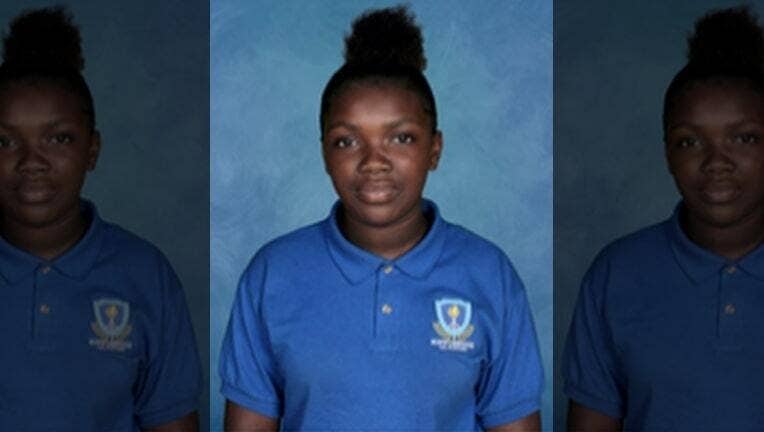 The young girl who died after being shot in Antioch has been identified as K'Lea Davis.

ANTIOCH, Calif. - There are still no arrests in the slaying of a 12-year-old girl in Antioch last week, authorities said.

Contra Costa County medical examiners have not released the girl's identity, though KIPP Bridge Academy in Oakland said the victim was K'Lea Davis, a student at the school.

"K’Lea Davis passed away Wednesday evening from injuries suffered from a gunshot wound," the school wrote in a Facebook post. "This tragic and untimely loss is devastating, and our thoughts and hearts are extremely heavy at this time."

Davis was shot and killed on May 12 at a home on Oak Haven Way, near Glenridge Way around 7 p.m.

When officers arrived, they found the girl in an upstairs bedroom, suffering from at least one gunshot wound.

Police in Antioch are searching for a male shooter who fatally shot a 12-year-old girl Wednesday.

Officers and paramedics tried to save her, but she died from her injuries at the scene.

Investigators said a male suspect left before officers arrived at the house. They did not identify him or his relationship with the girl.

Antioch Mayor Lamar Thorpe visited with the girl's family after the incident.

"It's just unfortunate that we lost a 12-year-old young lady to gun violence," Thorpe said. Later adding, "The situation was very, very emotionally charged and understandably so because this is a tragic incident."

Davis is remembered as a nurturing and loving person who had a mind of her own.

A GoFundMe page has been set up to help lay the young girl to rest.