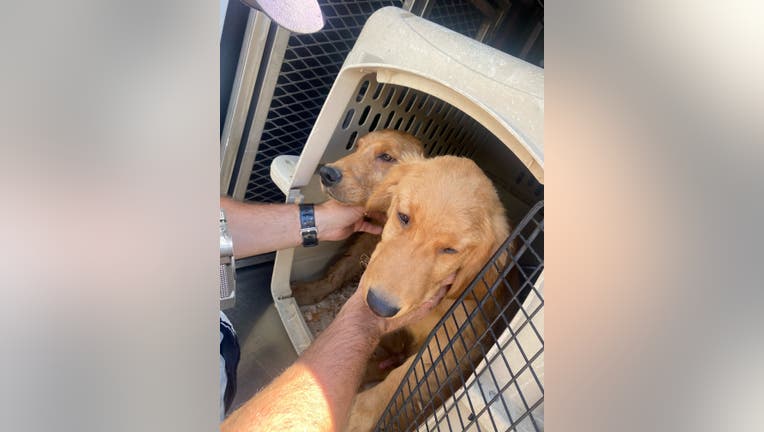 HAYWARD, Calif. - He was supposed to see a man about a dog. He ended up in law enforcement's doghouse, according to Hayward Police.

A man selling three puppies online met a man in South Hayward last Wednesday afternoon, who said he wanted to buy a pooch. When the seller and his brood showed up, the man allegedly pointed a gun at the seller and took his puppies, along with his truck.

The man made a "frantic call to our dispatchers," Hayward police posted on the department's Facebook page Monday morning.

Police found the truck driving northbound on Mission Boulevard, near Highland. After only a few minutes, the chase led to the nearby freeway, where the truck crashed and rolled. 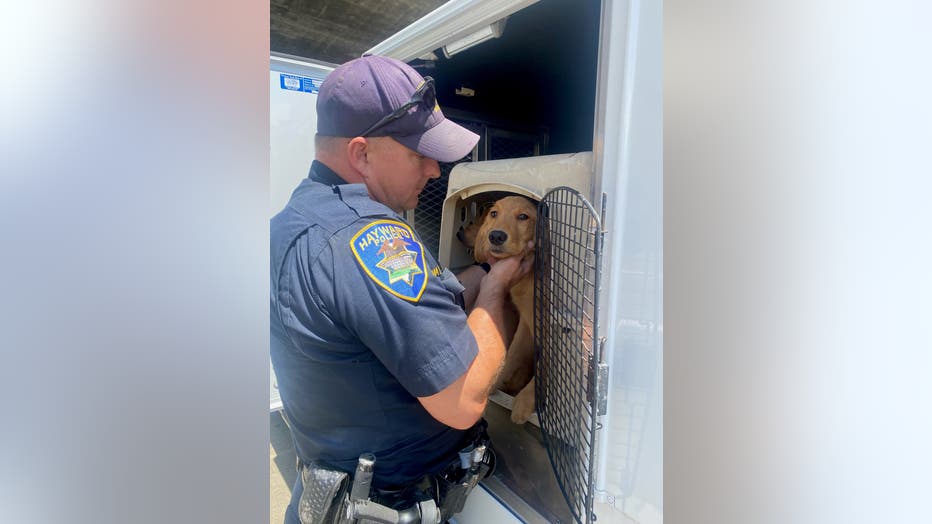 The suspect's name is Kevin Johnston, according to Hayward Police spokesperson Cassondra Fovel, who didn't offer any other information on the suspect.

"The subject tried to flee from the truck but was quickly taken into custody by officers," said the social media post. "Thankfully, no one was hurt. The puppies were a little shaken up, but were comforted by officers, including our animal control unit, until they were reunited with the victim."

The suspect was taken to Santa Rita Jail in Dublin, on suspicion of carjacking, felony evasion in a vehicle, animal endangerment, possession of narcotics, and various weapons charges.

Police say it's a dog-eat-dog world out there, and there's one good way to make sure such situations don't happen.

"We know the internet has made it convenient to sell items," said the Facebook post. "If you ever feel uncomfortable about a transaction, ask to meet the other party at the police department."