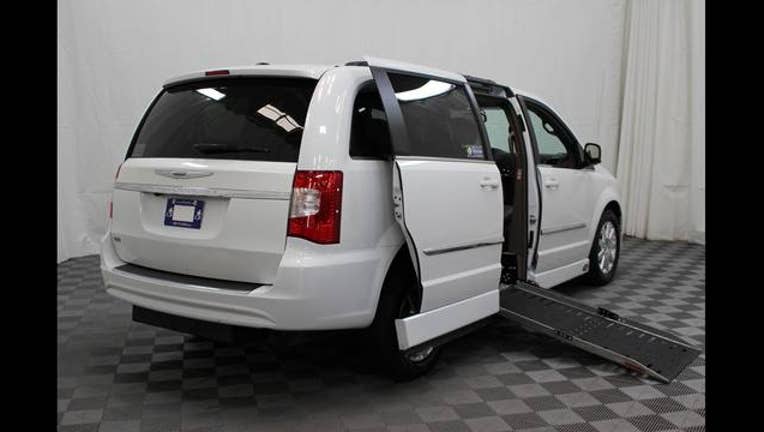 FREMONT (BCN) - A wheelchair-accessible van that was stolen Saturday in Fremont has been located.

The van was described as a white 2014 Chrysler Town & Country with an electronic BraunAbility ADA wheelchair lift and "BraunAbility" displayed on the side of the van.

Police said the loss is devastating to the victim. Also stolen was the victim's electric scooter, which was inside the van.

Additional details on where the van was located have not been released.