Police in Oakland recovered dozens of dogs from a transport van Monday morning after the vehicle was stolen overnight in Fremont.

OAKLAND, Calif. (KTVU) - Police in Oakland recovered dozens of dogs from a transport van Monday morning after the vehicle was stolen overnight in Fremont.

The owner of the transport company said she was in the middle of a 16-day cross country route, picking up and delivering dogs. She said she arrived late Sunday night at the Extended Stay Hotel on Fremont Boulevard and checked on the dogs after midnight. When she came back around 3 a.m. the van and the dogs were gone.

The van was carrying around two dozen dogs at the time of the theft. The owner said about 20 of them were rescued from Fresno. Police said a total of 24 dogs were recovered in East Oakland.

"The van is outfitted to house dogs by the owner," said Oakland Police Lieutenant Bryan Hubbard. "All the dogs were alive and appeared to be in good condition. They were just really scared." 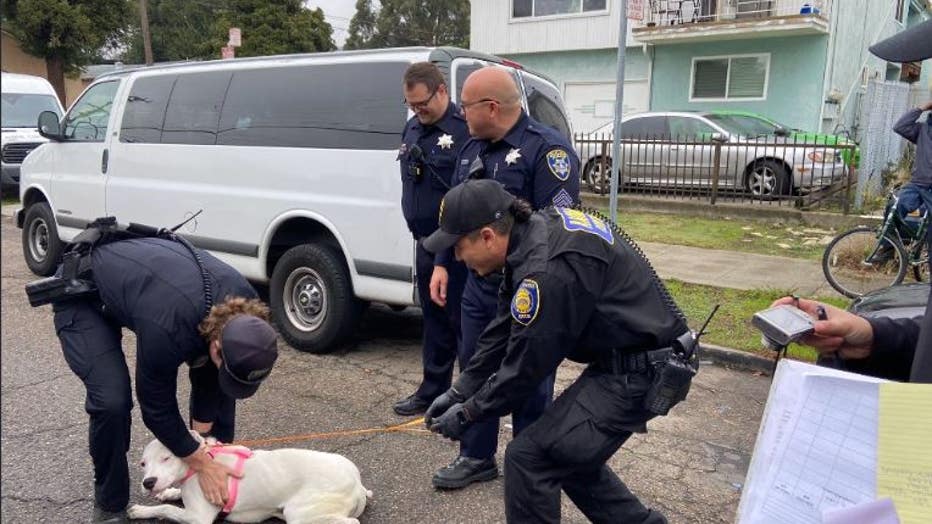 A stolen van with dozens of dogs inside was recovered in Oakland Monday morning. (Oakland Police Department)

The owner of the van told police she left the animals inside the locked vehicle with the air on and the keys inside for a few hours.

"Our officers were able to ping the van and locate it here and detain two subjects and rescue the animals," Hubbard said.

The owner said she usually sleep in the van at truck stops, but after dropping a dog off in Sunnyvale on Sunday she was fatigued and decided to get a hotel room.

When she returned around 3 a.m. to check on the animals, the van was missing with the dogs still inside. 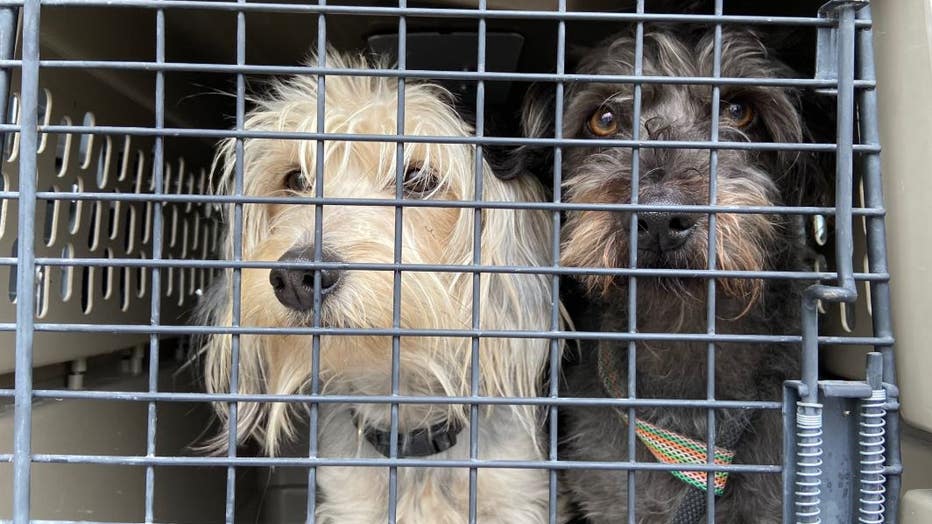 The stolen van had a GPS tracker, which helped police find the vehicle about eight hours later. Officers spotted the vehicle in Oakland and initiated a traffic stop at 81st Avenue and Olive Street where they found the dogs, including a Cane Corso rescue named Ava who was on her from a foster family in Kentucky to her adopted home in Washington.

Ava was one of two dogs already adopted.

Some people have questioned why the dogs were left unattended for hours, but police said the owner was within legal rules and took appropriate precautions for the animals. 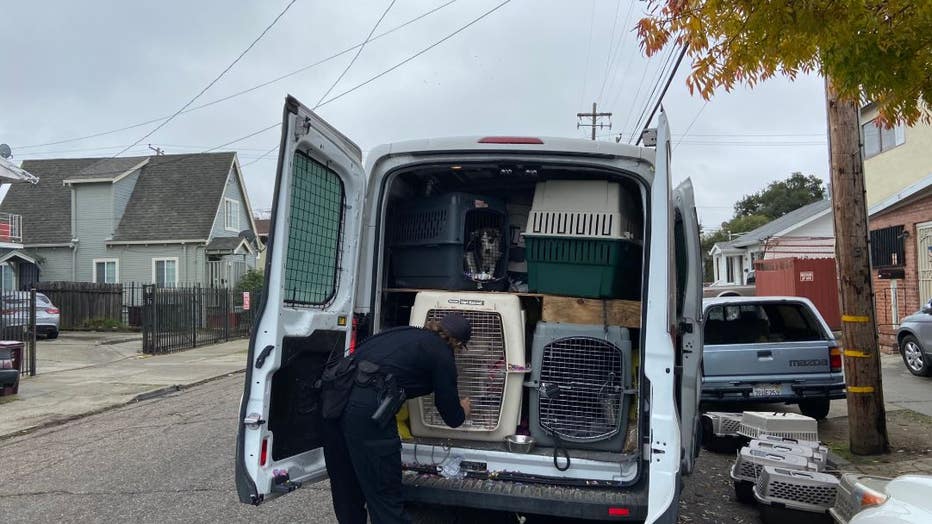 Police are investigating whether all the dogs are accounted and said it's unclear if any of them were sold because some of the dog's paperwork is missing after the theft.

The dogs who were recovered in Oakland were taken to an animal shelter where they will be cared for while the investigation continues.