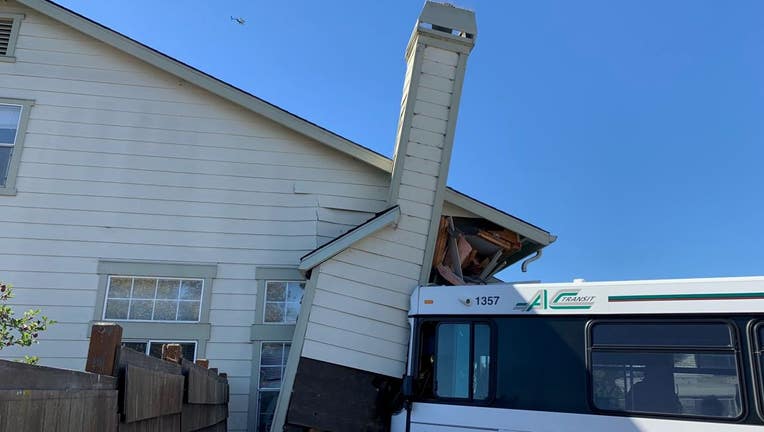 OAKLAND, Calif. - An AC Transit bus ended up crashing into a building Friday afternoon after a vehicle involved in a pursuit crashed into the bus, officials say. Weapons have been recovered and at least one arrest was made.

California Highway Patrol - Oakland said CHP Contra Costa initiated a pursuit of a stolen Toyota at around 2:05 p.m., but that the pursuit was quickly discontinued.

However, an Oakland Police Department helicopter assisted by keeping an eye on the vehicle as it headed westbound on Highway 24 and that once it went through the tunnel, the pursuit resumed.

CHP said the Toyota made its way onto I-980 and exited at 27th Street. Officials said they witnessed the car driving recklessly.

CHP says they were in pursuit of a Toyota stolen from Berkeley when the car crashed into a AC Transit bus, causing the bus to crash into a home while it occupant was inside. 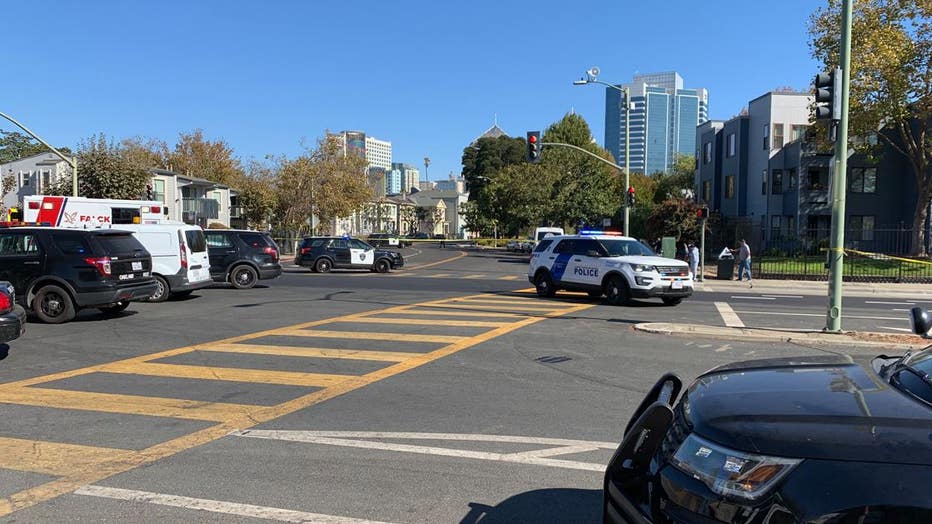 CHP said the Toyota crashed with an AC Transit bus with four people inside. The collision happened at 10th and Market streets. A photo KTVU obtained shows the bus had crashed into what appears to be a residential building.

The people inside the bus all suffered minor injuries. There were four occupants in the Toyota, who were taken to the hospital with moderate to major injuries. CHP said the driver of the Toyota was arrested. The occupants of the vehicle were between the ages of 18 and 21.

CHP said two handguns and an assault rifle were recovered from the vehicle they said was stolen out of Berkeley. A photo shows a U.S. Department of Homeland Security vehicle at the scene.

Two AC Transit buses are detouring because of what transportation officials are calling a "road incident." A tweet that has since been deleted, that went out around 3:45 p.m., said bus lines 88 and 29 were not stopping at 11th St & Brush St or 10th St & Market St until further notice. 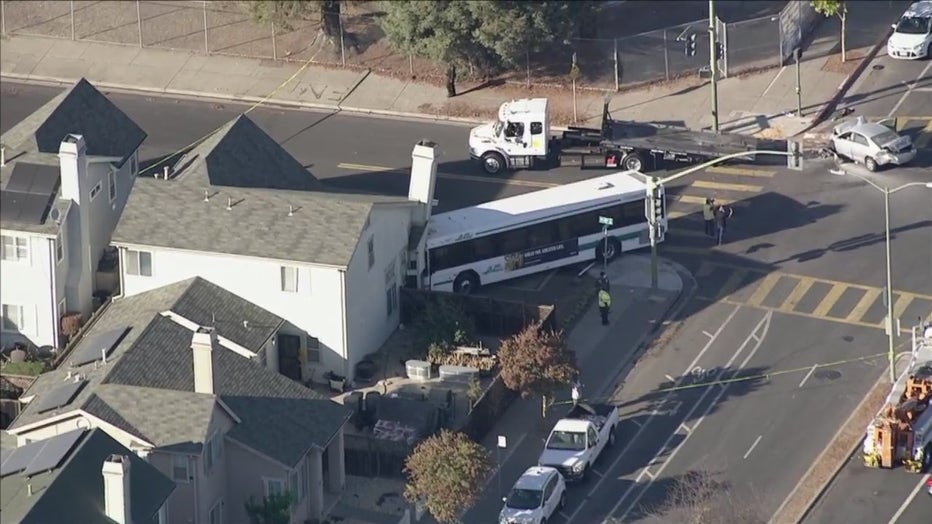 The pursuit of a stolen vehicle in Oakland led to an AC Transit bus crashing into a home Friday evening.