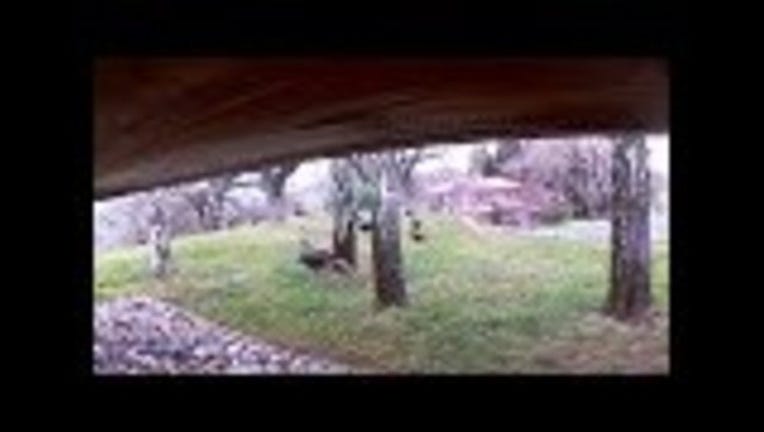 ALAMO, Calif. (KTVU) - A large flock of wild turkeys turned on a predator in the front yard of an East Bay home, effectively scaring the animal away.

The homeowner’s security camera in Alamo, Calif. picked up the amusing encounter on Tuesday morning.

The video shows a bobcat approach a group of turkeys, causing several of them to quickly scurry out of the way. The predator faces the group, and crouches down as if preparing to attack. The turkeys regroup, form a line, and run toward the cat, chasing him down the hill.

The homeowner, who wanted to remain anonymous, told KTVU the turkeys are often seen in her neighborhood, traveling in large packs. She said they work together to protect eachother.

In fact, one time she saw the feathered group attack a coyote. The gang of turkeys appears to be living up to the Warriors famous slogan, “strength in numbers.”