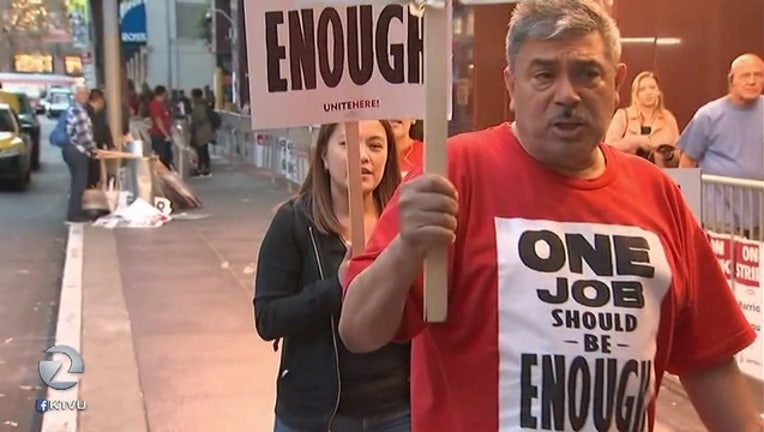 File Art -- Marriott hotel workers on strike walked off the job on Oct. 4 over pay issues.

The workers walked off the job on Oct. 4 over pay issues, pressing Marriott owners to raise paychecks so "one job is enough." Many workers have complained their Marriott pay forces them to have second, and sometimes third jobs to afford living in San Francisco and other Bay Area cities.

More than 3,000 people took part in a march in San Francisco today that passed by four Marriott properties - the Westin St. Francis, the St. Regis San Francisco, the Courtyard by Marriott and the Marriott Union Square.

About 300 people took part in a march Saturday in downtown San Jose that started and ended at the San Jose Marriott, according to Sarah McDermott of Unite Here Local 19.