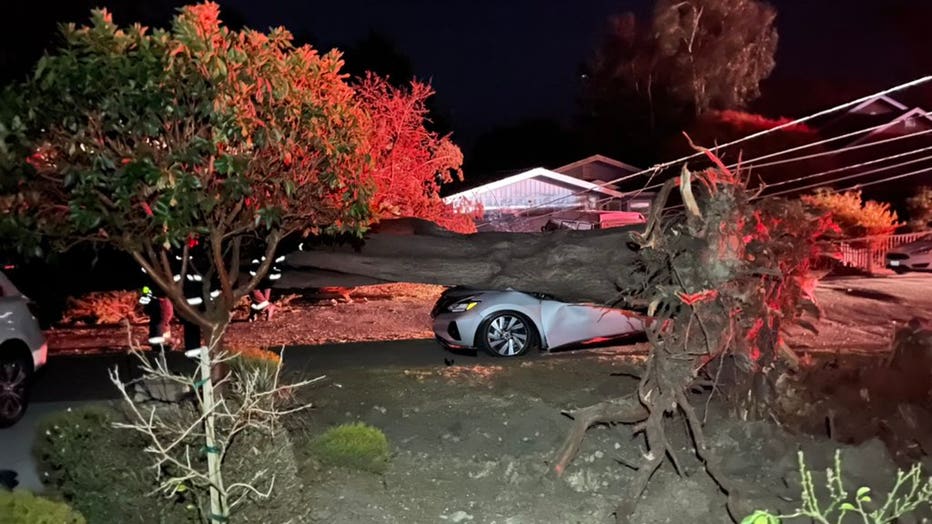 The tree came down shortly after 5 a.m., falling across the 800 block of Ferdinand Avenue in El Granada, an unincorporated area of coastal San Mateo County.

No one was injured, but fire officials said the incident served as a reminder for residents to be cautious and aware of the dangers in situations involving downed power lines.

Firefighters arrived on scene to find neighbors walking around to look at the damage, said Coastside Fire Protection District Battalion Chief David Hibdon. He said that while emergency crews determined that the lines were not live in this case, residents should always take precautions.

"Whenever there are downed power lines, people should stay in their homes," Hibdon said.

The downed tree affected power, telephone and cable service to about 10 homes in the area. Public works crews and PG&E responded to the scene to remove the tree and restore service, Hibdon said.

The tree came down amid a Red Flag warning in the Bay Area, set to last through Tuesday evening, as gusty north winds and dry conditions hit the region.