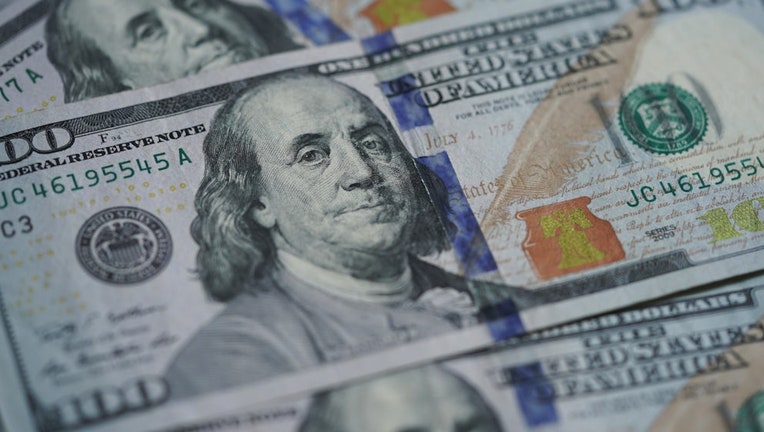 SACRAMENTO, Calif. (AP) - After getting $500 per month for two years without rules on how to spend it, 125 people in California paid off debt, got full-time jobs and had "statistically significant improvements" in emotional health, according to a study released Wednesday.

The program was the nation’s highest-profile experiment in decades of universal basic income, an idea that was revived as a major part of Andrew Yang’s 2020 campaign for president.

The idea is to bring people out of poverty with a guaranteed monthly income. Supporters say it gives people needed financial security to find good jobs and avoid debt. But critics have argued free money would eliminate the incentive to work, creating a society dependent on the state.

The Stockton Economic Empowerment Demonstration sought to test those claims. Run by a nonprofit founded by former Stockton Mayor Michael Tubbs, the program included people who lived in census tracts at or below the city’s median household income of $46,033.

The program did not use tax dollars, but was financed by private donations, including a nonprofit led by Facebook co-founder Chris Hughes.

A pair of independent researchers at the University of Tennessee and the University of Pennsylvania reviewed data from the first year of the study, which did not overlap with the pandemic. A second study looking at year two is scheduled to be released next year.

When the program started in February 2019, 28% of the people slated to get the free money had full-time jobs. One year later, 40% of those people had full-time jobs. A control group of people who did not get the money saw a 5 percentage point increase in full-time employment over that same time period, from 32% to 37%.

The researchers said that the extra $500 per month allowed people with part-time jobs to take time off so they could interview for full-time jobs that offered better pay. They also said the money could have helped people who weren’t working at all find jobs by allowing them to pay for transportation to interviews.

After a year of getting the money, 62% of the people were paying off debt compared to 52% before the study. Researchers also said most people moved from being likely to have mild mental health disorders to "likely mental wellness."

People got the money once a month on a debit card, which let researchers track how most of the people spent it. The biggest category each month was food, followed by sales and merchandise, which included purchases at places like Walmart and Target, which also sell groceries. The next highest categories were utilities, auto and services. Less than 1% of the money went to tobacco and alcohol.

Universal basic income has been a popular idea among California’s tech titans as they grapple with how to handle the inevitable job losses that will come with breakthroughs in automation and artificial intelligence. They found an ideal place to test the idea in Stockton, about 75 miles northeast of Silicon Valley and once known as the foreclosure capital of the U.S. at the height of the Great Recession a decade ago.

Tubbs, who at the time was Stockton’s first Black mayor, was eager to try it. Elected with more than 70% of the vote in 2016 with endorsements from Oprah Winfrey and Barack Obama, Tubbs had bold ideas about how to reshape his hometown. The universal basic income program became the centerpiece of his agenda, getting national attention.

Tubbs said local governments can’t afford to pay for programs like these on a wide scale. His goal, he said, was to persuade state and federal lawmakers that guaranteed income works and "to summon the political will to act on what the data and the research tells us."

Tubbs lost perhaps his biggest platform in November when he was defeated for reelection by Republican Kevin Lincoln.

Guaranteed income programs seem to be gaining momentum across the country. More than 40 mayors have joined Mayors for a Guaranteed Income, with many planning projects of their own. A proposal in the California Legislature would offer $1,000 per month for three years to people who age out of the state’s foster care system. And in Congress, Republican U.S. Sen. Mitt Romney of Utah has proposed expanding the child tax credit to send most parents at least $250 per month.

Tubbs said that’s a big difference from when he first announced this guaranteed income program four years ago.

"How the pendulum has swung," he said.