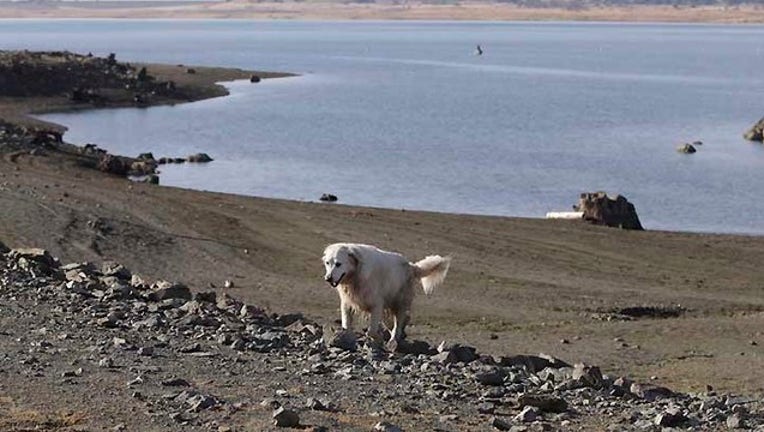 SAN JOSE, Calif. (AP) — As bad as recent droughts in California, the Southwest and the Midwest have been, scientists say far worse "megadroughts" are coming — and they're bound to last for decades.

"Unprecedented drought conditions" — the worst in more than 1,000 years — are likely to come to the Southwest and Central Plains after 2050 and stick around because of global warming, according to a new study in the journal Science Advances on Thursday.

"Nearly every year is going to be dry toward the end of the 21st century compared to what we think of as normal conditions now," said study lead author Benjamin Cook, a NASA atmospheric scientist. "We're going to have to think about a much drier future in western North America."

There's more than an 80 percent chance that much of the central and western United States will have a 35-year-or-longer "megadrought" later this century, said study co-author Toby Ault of Cornell University, adding that "water in the Southwest is going to become more precious than it already is."

Megadroughts last for decades instead of just a few years. The 1930s Dust Bowl went on for more than 35 years, Ault said.

The study is based on current increasing rate of rising emissions of carbon dioxide and complex simulations run by 17 different computer models, which generally agreed on the outcome, Cook said.

Looking back in records trapped in tree ring and other data, there were megadroughts in the Southwest and Central Plains in the 1100s and 1200s that lasted several decades, but these will be worse, Cook said. Those were natural and not caused by climate change, unlike those forecast for the future, Cook said.

Because of changes in the climate, the Southwest will see less rain. But for both regions the biggest problem will be the heat, which will increase evaporation and dry out the soil. The result is a vicious cycle: The air grows even drier, and hotter, Cook said.

Scientists had already figured that climate change would increase the odds of worse droughts in the future, but this study makes it look worse and adds to a chorus of strong research, said Jonathan Overpeck, co-director of the Institute of the Environment at the University of Arizona.

"These results are not surprising, but are eye-opening nonetheless," said Overpeck, who wasn't part of the research, in email.