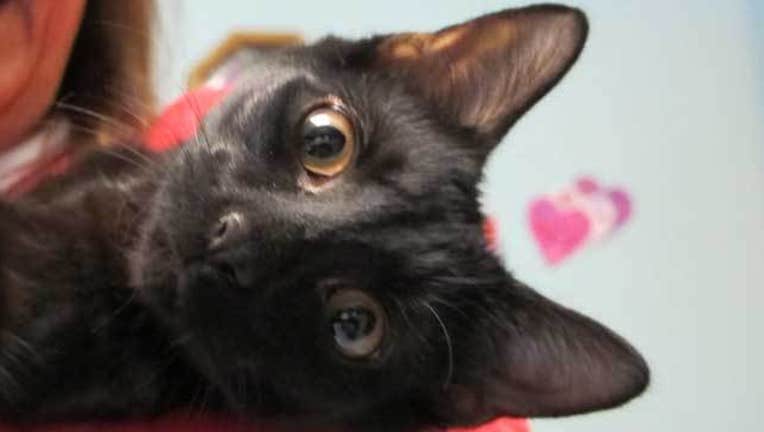 Friday is the first of three Friday the 13ths this year.

Here's a look at the mysterious date through the eyes of a numerals-obsessed educator who calls himself Professor 13; a British journalist moving her family to a new home on Friday the 13th — while wearing a four-leaf clover; a physics professor who used to tempt fate by breaking mirrors and walking under ladders on Friday the 13th; and a New Jersey woman whose cat rescue operation finds it hardest to locate homes for black cats.

Thomas Fernsler, a professor at the University of Delaware, has studied Friday the 13th extensively; he even went by the nom de plume of Dr. 13 — until he learned of a comic book character of the same name and decided to change his to avoid legal trouble. He now goes by Professor 13.

He says one of the most common explanations for the origin of the date being associated with bad luck stems from the Bible. There were 13 people at the Last Supper — Jesus and his 12 apostles. The Crucifixion took place on a Friday, and the two have been linked ever since. But Fernsler also says Norse mythology asserts that the god Loki went uninvited to a party of 12 other gods and caused the death of the most beloved one, Baldur.

To this day, parties are wary of having 13 members, he says. In Paris, there are businesses that will rent you a professional 14th dinner guest, called a quatorzieme.

Fernsler's career at the university began in a numerically auspicious manner.

British journalist Ellen Widdup is moving her family to a new home on the beach in Sussex, England, on Friday the 13th.

"I would never dream of opening an umbrella inside or putting new shoes on the table," she said. "I salute magpies. I throw salt over my shoulder if it gets spilled. I never walk under ladders.

"I think we are all a little superstitious," she said. "It's human nature to try to exert some kind of control over our little corner of the world, especially one in which there is so much terror and turmoil. We look for ways to minimize any perceived threat. Of course it's all nonsense, but that doesn't stop us doing it."

Case in point: Widdup will be wearing a locket containing a four-leaf clover as she makes the move.

"I hope nothing goes wrong; I shall blame Friday 13th if it does," she said. "But this is a big move for us to a dream home. We feel lucky. We feel excited. And an insignificant superstition shouldn't tarnish that. "

Eric Carlson never put much stock in Friday the 13th. In fact, the Wake Forest University professor once led a group called the Carolina Skeptics, who would gather every Friday the 13th and encourage people to do "unlucky" things, just to prove that the world wouldn't end as a result.

"We would deliberately challenge superstitions," he said. "At 13:13, I would stand under a ladder. We'd have a fake black cat (I'm allergic to real ones.), and break a mirror and spill salt while standing on a crack. We like to have control in our lives, and it's very discomforting that bad things happen that we can't control, so we try to find ways to control these bad things. Superstition gives us a sense of being in control."

He says nothing bad ever happened to him during or after tempting fate on Friday the 13th.

"I have a good life," he said. "I have a wife and two children, and all of us are healthy."

Besides, he adds, "It's bad luck to be superstitious."

Rebecca Weber runs a rescue operation for stray cats at the New Jersey shore, placing them in foster homes until someone permanently adopts them.

"Black cats are the hardest to place for adoption," she said. "People will call up and say, 'I want a cat, but I don't want a black one.'"

On Friday, Weber's group will be holding a "Black Friday" adoption drive for black cats.

She recently placed one named Peyton (after football player Peyton Manning) in the Lacey Township, New Jersey, home of Debbie Grondin, who calls herself a foster cat mom.

"I guess some people consider black to be an evil color," she said. "But I've had black cats as pets before, and nothing bad ever happened to me."