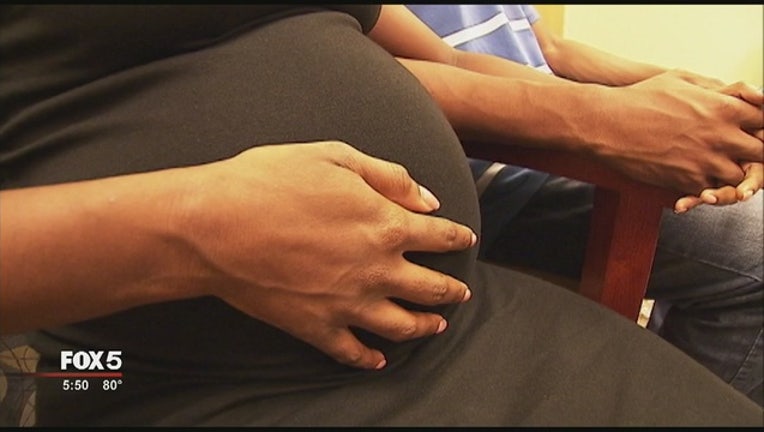 A ruling striking down the law could doom similar laws in Hawaii and Illinois, and also call into question laws in other states that seek to regulate doctors' speech.

Both conservative and liberal justices raised questions about the California law, which took effect in 2016. Centers that are licensed by the state must tell clients about the availability of contraception, abortion and pre-natal care, at little or no cost. Centers that are unlicensed also must post a sign that says so.

The centers say they are being singled out and forced to deliver a message with which they disagree. California says the law is needed to let poor women know all their options.

At different points in the arguments, liberal Justices Elena Kagan and Sonia Sotomayor said they were troubled by aspects of the California law.

Kagan said it seemed that the state had "gerrymandered" the law, a term usually used in the context of redistricting, to target the anti-abortion centers. Sotomayor said there was at least one instance dealing with unlicensed centers that seemed "burdensome and wrong."

Justice Samuel Alito, a likely vote for the centers, said the state's criteria about which centers are covered by the law seemed to take in only "pro-life clinics."

"When you put all this together, you get a very suspicious pattern," Alito said.

Joshua Klein, California's deputy solicitor general, said the state is targeting poor, pregnant women, not the centers. The idea is to let a woman who visits a crisis pregnancy center know that "her financial circumstance does not make her unable to access alternative and supplemental care, including full prenatal and delivery care."

The court has previously upheld requirements that doctors in abortion clinics must tell patients about alternatives to abortion.

Farris replied that the Supreme Court has recognized that doctors must obtain a patient's informed consent about the risks and alternatives of medical procedures, including abortions.

The abortion-rights group NARAL Pro-Choice California was a prime sponsor of the California law. NARAL contends that the centers mislead women about their options and try to pressure them to forgo abortion. Estimates of the number of crisis pregnancy centers in the U.S. run from 2,500 to more than 4,000, compared with fewer than 1,500 abortion providers, women's rights groups said in a Supreme Court filing.

California's law was challenged by the National Institute of Family and Life Advocates, an organization with ties to 1,500 pregnancy centers nationwide and 140 in California.

Farris said the state is trying to compel the centers "to point the way to an abortion and imposing onerous advertising rules on unlicensed centers that do not provide ultrasounds or any other medical services."

But Sotomayor, saying she is "fairly sophisticated, said it wasn't clear to her from the website of one unlicensed center, the Fallbrook Pregnancy Resource Center, that it doesn't offer medical services.

"If a reasonable person could look at this website and think that you're giving medical advice, would the unlicensed notice be wrong?" she asked.

Farris replied that the center does not provide medical services.

He got support from Justice Anthony Kennedy, who scoffed at the requirement in the law that unlicensed centers must print a disclaimer in any advertising in the same size type as their own message.

Kennedy said that requirement is "an undue burden and "should suffice to invalidate the statute."

In another lawsuit over regulating crisis pregnancy centers, a federal appeals court in New York struck down parts of a New York City ordinance, although it upheld the requirement for unlicensed centers to say that they lack a license.

Other states have laws that regulate doctors' speech in the abortion context. In Louisiana, Texas and Wisconsin, doctors must display a sonogram and describe the fetus to most pregnant women considering an abortion, according to the Guttmacher Institute, which supports abortion rights. Similar laws have been blocked in Kentucky, North Carolina and Oklahoma.

Doctors' speech has also been an issue in non-abortion cases. A federal appeals court struck down parts of a 2011 Florida law that sought to prohibit doctors from talking about gun safety with their patients. Under the law, doctors faced fines and the possible loss of their medical licenses for discussing guns with patients.