San Francisco Police Department announced a major break in a violent assault case in the city's Chinatown. KTVU's Christen Kafton reports the incident was caught on security camera video and the images helped in the investigation.

The attack was captured on camera and images are hard to forget.

Three suspects robbed and assaulted a man. They pulled his Rolex right off his wrist in broad daylight.

A friend who ran to his aid was also punched in the face and knocked to the ground. All of this happened in mid-July.

A KTVU camera was on scene in Oakland as police executed an early morning warrant to take Pierson into custody.

"The individual is a 19-year-old from Oakland," said Deputy Chief David Lazar from the San Francisco Police Department. "He's got a prior history for violence and we were able to make an identification on him and had enough probable cause to make the arrest."

The case shocked Chinatown in its severity. KTVU spoke with the victim shortly after the attack. In Cantonese, Walter Wong described the attack.

"A couple of fellows behind me lifted me up, threw me on the ground," said Wong. "At that time I was unconscious."

Following the brutal attack and robbery, San Francisco police said they worked hard to bring resources to the neighborhood to make sure residents and visitors felt safe.

"So, since then we've stepped up our efforts increased our patrol hours in terms of our footbeat," said Captain Robert Yick from San Francisco Police Department. "I've added that to complement because I do want people to come and patronize in Chinatown."

Police said two suspects are still outstanding. They want everyone to take a careful look at the video and photos. They're also saying those suspect should be considered dangerous. 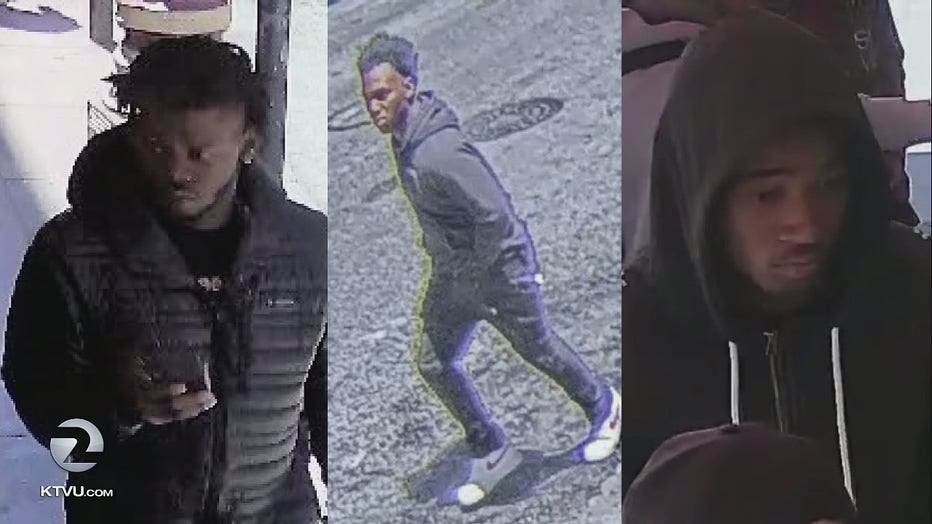 SFPD have arrested a suspect in Oakland in connection to a brutal SF Chinatown attack that happened over the summer.