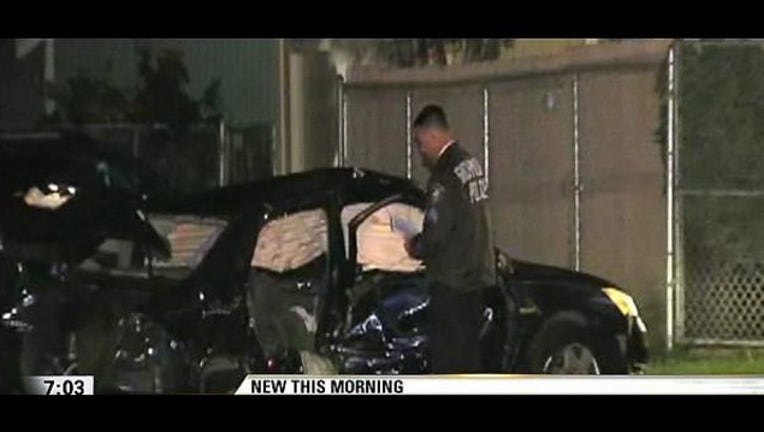 RICHMOND, Calif. (BCN) -- Police have arrested a man on suspicion of being the driver of a car that killed one and injured two Saturday night in Richmond, police said.

Richmond police Capt. Bisa French said police were in pursuit of a person recklessly driving a black Chevrolet Corvette in a residential neighborhood shortly before 9:30 p.m.

The pursuit lasted a couple of minutes and when the vehicle turned on 23rd Street, officers lost sight of the vehicle. A short time later, more officers arrived and found the Corvette had crashed into a vehicle at 24th Street and Gaynor Avenue.

One passenger in the vehicle hit by the Corvette died in the crash and the driver and another passenger were taken to a hospital.

The two are in critical condition and one has life-threatening injuries, Richmond police Lt. C. Whitney said.

Police said the driver of the suspect vehicle fled the crash site on foot, but officers were able to gather enough evidence at the crash site to identify and arrest him. Police did not provide his name or age, but said he is a Richmond resident.

The case is being investigated jointly by the Richmond Police Department's homicide unit, the California Highway Patrol and the Contra Costa County District Attorney's Office.