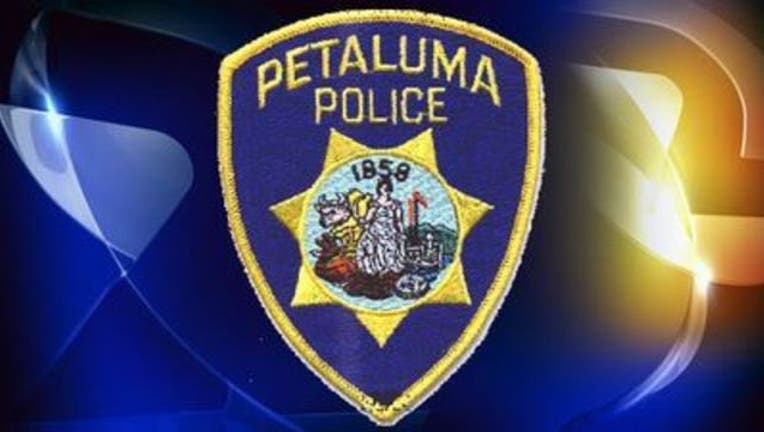 PETALUMA, Calif. (KTVU and wires) -- A man suspected of fleeing police after carjacking an elderly man loading groceries at a Petaluma supermarket Wednesday evening was pulled over and arrested in San Francisco, Petaluma police said Thursday.

Matthew Vidor, 27, a homeless man from the Sonoma County area, was pulled over in a white 2004 Volvo station wagon for not having a rear license place, according to Petaluma police.

The San Francisco police officer then checked the car's front license plate and realized the car had been stolen.

The Volvo was taken from an 85-year-old man while he was loading groceries at the Lucky's Supermarket at 939 Lakeville St. in Petaluma.

As he got out of the parked vehicle to help his wife load groceries into the trunk at about 5:50 p.m., a suspect shut the trunk, got into the driver's seat of the running vehicle and started to drive away.

The victim suffered minor injuries in the incident and was treated by the Petaluma Fire Department at the scene.

Later, an officer checking the area spotted the vehicle entering southbound U.S. Highway 101 and pursued the vehicle onto the highway, police said.

The suspect accelerated to speeds greater than 100 mph during the pursuit, exited and again entered the highway and was driving unsafe and recklessly in heavy traffic, police said.

Officers eventually lost sight of the suspect near Novato.

After Vidor was pulled over in San Francisco, he confessed to Petaluma detectives who went to San Francisco to interview him, police said. He was taken back to Sonoma County and booked into jail on suspicion of carjacking, evading police and assault with a deadly weapon.