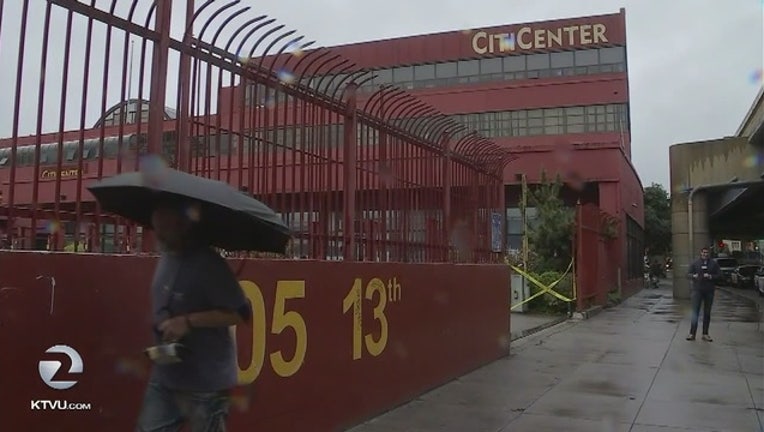 SAN FRANCISCO (KTVU) - Police have a suspect in custody following Monday's shooting at a San Francisco California Department of Corrections and Rehabilitation lobby.

After a male suspect was identified, SFPD investigators learned Monday night that the suspect's vehicle registered on an automated license plate reader in Southern California. California Highway Patrol was alerted to the suspect vehicle's whereabouts, which led them to the Blythe area in Riverside County.

At around 3:10 a.m. on Tuesday, the suspect's abandoned silver Ford Focus was spotted on Interstate 10 near the Arizona border.

According to officials, the suspect was located a short time later. An officer-involved shooting followed. CHP said no officers were injured in the incident and that the suspect was then taken into custody.

There is no word on the suspect's condition or if he was injured in the shooting. CHP and Riverside County Sheriff's Office is investigating the officer-involved shooting in Southern California.

Meanwhile, SFPD investigators are working with Riverside County Sheriff's Office to investigate Monday's Mission District shooting, which left a 19-year-old San Francisco resident with life-threatening injuries after police said he was ambushed and shot in the upper neck.

It was not immediately clear when the suspect would be booked into a San Francisco jail.