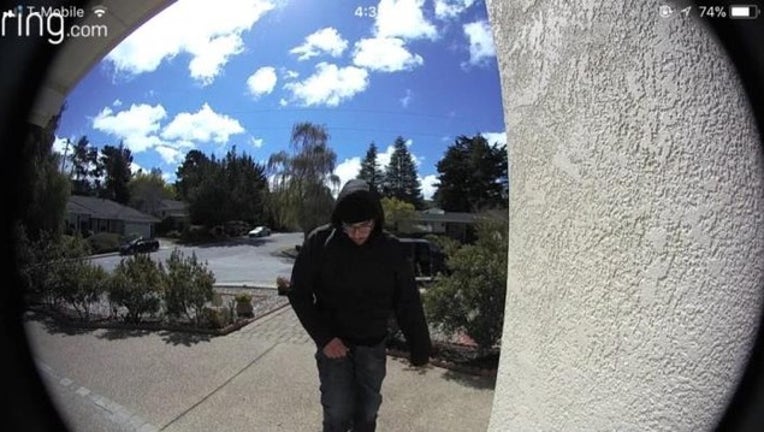 BELMONT, Calif. (BCN) - Belmont police are looking for two suspects who stole a package from a front porch and were photographed by a doorbell camera approaching the door and getting away from the scene on Friday afternoon.

The two suspects committed the theft on Friday just before 12:45 p.m. in the 2700 block of Waltham Cross Street in Belmont, according to police.

One man walked to the door and grabbed the package, police said. He is described as being in his late 20s to early 30s, has a medium complexion, a mustache, glasses, was wearing a black-hooded jacket, jeans and is about 5 feet, 10 inches tall, according to police.

The suspect who stole the package allegedly fled the scene in a gray, 4-door Chevrolet or GMC pick-up truck with chrome wheels. Police said there was lumber and possibly a ladder in the bed of the truck that was driven by an unknown, second suspect. The truck entered the neighborhood from Comstock Circle and went north on Waltham Cross Road toward St. James Road.

Police said the video of the theft is available at youtube.com/belmontpublicsafety.

Anyone with information or additional footage about the theft is asked to contact Belmont police at (650) 595-7400 or police@belmont.gov.