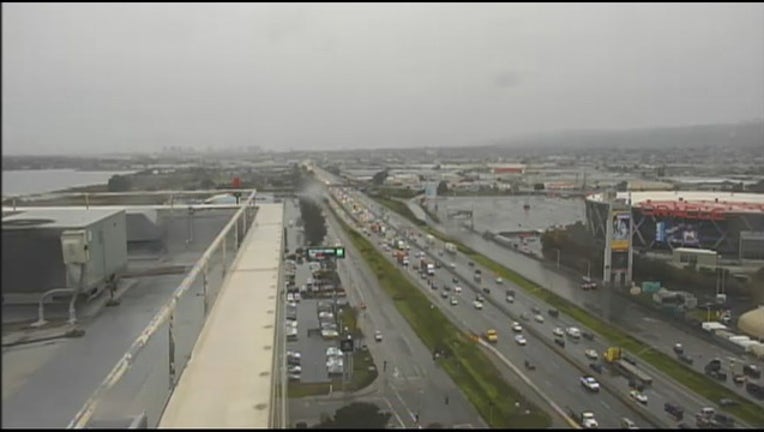 A suspect at the Oakland Coliseum said a man seen with a gun on Coliseum property was arrested by Oakland police, a spokesman said. Traffic was at a standstill. Jan. 15, 2019

OAKLAND, Calif. (KTVU) - Oakland police say they safely detained a man on Tuesday who ran away from a car accident spinout near the Coliseum.

When police caught up with him he had had an Airsoft pistol, police said.

His identity was not disclosed.

Police said this man was involved in a similiar incident last October on 880 when he stood on his van with an airsoft gun.

Police didn't provide any more details on the recent incident.

A spokesman with the Coliseum originally said the man had a gun.